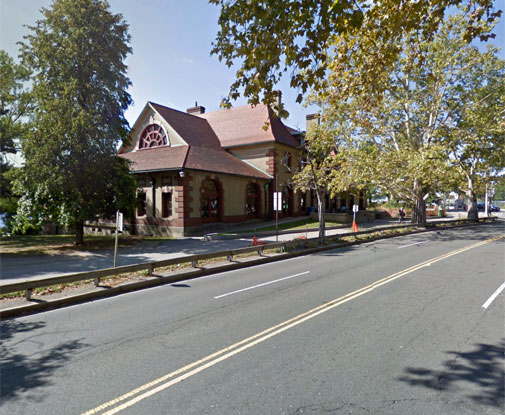 Police are seeking the man who sexually assaulted a woman at around 2 a.m. today near the Weld Boat House on Memorial Drive, on the outskirts of Harvard Square.

State Police say the victim, a 24-year-old Boston resident, left a Cambridge bar shortly before closing time and was walking toward the river near the Boat House when she was approached by a man on a bicycle.

She tried to walk away, but the man physically and sexually assaulted her, police said. The victim screamed for help, and two people heard her and ran toward her, causing her attacker to get back on his bike and flee.

The victim was taken to St. Elizabeth’s Hospital for treatment. She has since been released, police said.

The attacker is described as a white man in his late 20s to early 30s, with a stocky build and blonde or light brown hair.

“Police do not believe this incident is connected to any of the recent sexual assaults in the area,” a Cambridge police representative said. According to police reports, these other assaults have taken place this summer:

On July 24, a woman reported fighting off an early morning attempted sexual assault on Fayerweather Street near Ivy Street, describing her attacker as a Hispanic man in his early 20s, about 5-foot-8, with dark brown or black hair.

On Aug. 1, a woman reported being touched inappropriately by a man when emerging from the Kendall Square train station at about 7:20 a.m., saying the man talked with her briefly, then grabbed her bottom. She yelled and punched him in the face, and he walked away. A 29-year-old Dorchester man was identified as a suspect and was to appear in Cambridge District Court.

On Aug. 4, a woman reported being inappropriately touched by a man at approximately 3 p.m. on Laurel Street while walking home from Central Square. He had followed her, asked to sit and talk and, when she went to leave, hugged her and groped her bottom before she was able to escape. The man was described as having “scraggly” facial hair, with hair in cornrows, and standing between 5-foot-10 and 6-foot-2. He told the victim his name was Angel, and that he was 25.

Anyone with information about the Tuesday assault on Memorial Drive or the attacker is urged to call Massachusetts State Police Troop H Detectives at (617) 740-7875.

Cambridge Police Department offers a self-defense class for women who live, work and study in the city. For information, call (617) 349-3236.