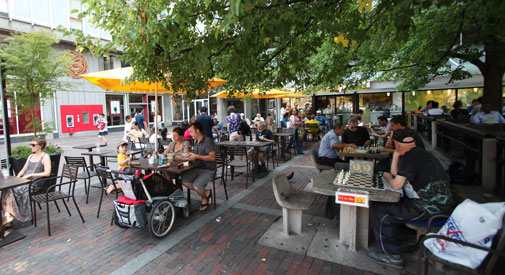 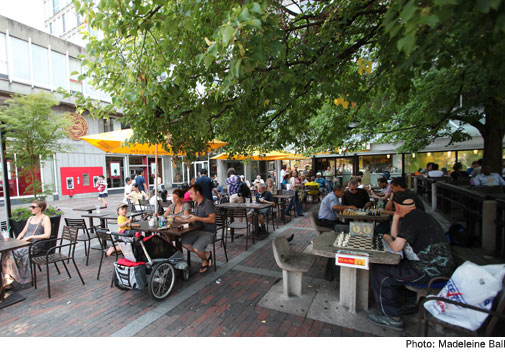 Forbes Plaza is an iconic university-owned public space in the heart of Harvard Square, though few people know it by name. The space is slated for a well-meaning but harmful renovation by Harvard in which a proposed 25 percent of the outdoor area would be transformed into the Richard A. and Susan F. Smith Campus Center, an indoor, glass-walled pavilion, complete with fireplaces and a Harvard welcome center. Au Bon Pain, the trees, the protected café seating and the storied chess tables would be removed.

Harvard should withdraw the proposal in the name of the public good.

Another important argument is that a university-controlled indoor space will never be truly public – not because of walls and doors, but because broad swaths of the public won’t feel safe or welcome. 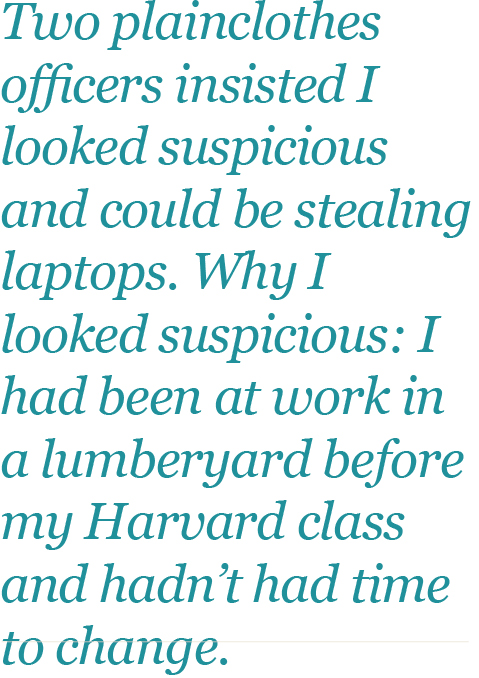 Although the planned renovation suggests only a 1,650-square-foot reduction in outdoor space, this is significant for less privileged and disadvantaged Cantabrigians. Forbes Plaza is one of Harvard Square’s few 24-hour safe spaces for the general public, while Harvard guards its indoor spaces (and many outdoor public spaces) from “undesirable” visitors. I’ve been there.

As an undergraduate student (’11), I was once stalked by Harvard Police detectives through Gund Hall and surveilled during a lecture. When I accosted the two plainclothes officers, they insisted I looked suspicious and could be stealing laptops. I didn’t look like a student; I had been at work in a lumberyard before class and hadn’t had time to change out of blue jeans, a Carhartt jacket, and steel-toed boots.

The implications of this profiling incident are not good for those in Harvard’s guarded spaces who don’t have what I had: white male skin and a university ID. That is how a private institution controls its indoor spaces: with subtle stereotype threat and overt physical authority.

Enclosing Forbes Plaza turns a refuge for the general public and our homeless neighbors into a guarded, stereotype-patrolled space, no matter how much the university insists it will remain “open to the public.” If visitors don’t dress, act, talk or smell “desirable,” they won’t feel comfortable. Those who need a safe space to rest will be excluded, if not by physical force than by perceived disinvitation. If one is too loud late at night, uses indoor space to nap or is dressed in dirtied work clothes, they won’t feel welcome or safe, and the new Forbes Plaza won’t be a shared place for all.

An important lesson I learned working a blue-collar job outside of Harvard is the proverb “If it isn’t broken, don’t fix it.”

Forbes Plaza isn’t broken. It is a lively public space, the envy of city planners and architects the world over. From an academic perspective, it is a memorable landmark, a public safe space, a multi-use open area, a notable meeting spot, a benefit to nearby commerce, clean and accessible to all socioeconomic demographics. Everyone feels welcome: buskers, chess players, tourists, the homeless, workers on break, students and so on. It isn’t broken.

I recognize Harvard’s right to change its property to its liking, and don’t dispute it. I only wish that with all its power and privilege, it would keep the general public and those less fortunate in mind. Forbes Plaza isn’t broken. Please don’t fix it.

Joseph Poirier is a Cantabrigian and student of city-planning graduate student at the University of California at Berkeley.