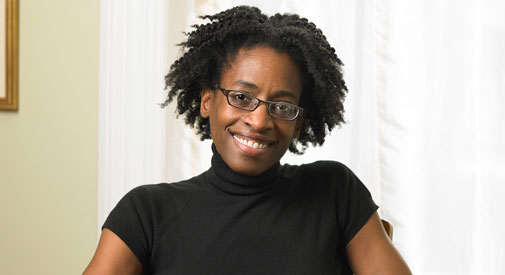 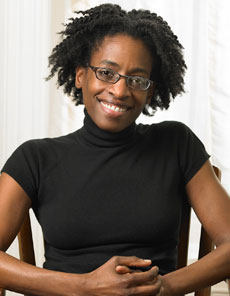 Jacqueline Woodson, author of “Brown Girl Dreaming,” will read in Cambridge on Nov. 18.

The Cambridge Public Library has announced its citywide book club’s selection for the year: “Brown Girl Dreaming,” a memoir in verse by Jacqueline Woodson.

As part of the program, Woodson will speak Nov. 18 in the lecture hall of the city’s Main Library, becoming the latest in a list of Cambridge Reads authors that includes Junot Diaz, Edwidge Danticat, Audrey Schulman, Sebastian Junger and Mark Kurlansky, director of libraries Susan Flannery said.

She promises to be an entertaining reader and speaker, based not just on her writing, but on her tale of how she became a writer, starting with telling “a lot of stories as a child.”

“Not ‘Once upon a time’ stories but basically, outright lies. I loved lying and getting away with it! There was something about telling the lie-story and seeing your friends’ eyes grow wide with wonder. Of course I got in trouble for lying, but I didn’t stop until fifth grade,” Woodson said.

“That year, I wrote a story and my teacher said ‘This is really good.’ Before that I had written a poem about Martin Luther King that was, I guess, so good no one believed I wrote it. After lots of brouhaha, it was believed finally that I had indeed penned the poem, which went on to win me a Scrabble game and local acclaim. So by the time the story rolled around and the words “This is really good” came out of the otherwise down-turned lips of my fifth grade teacher, I was well on my way to understanding that a lie on the page was a whole different animal — one that won you prizes and got surly teachers to smile.”

Woodson is the author of more than two dozen books for young adults and children, including “The Other Side,” “Each Kindness,” “Coming on Home Soon,” “Locomotion,” “Miracle’s Boys,” “After Tupac & D Foster,” “Feathers” and “Hush.” She is a four-time winner of the Newbery Honor Award, a three-time finalist for the National Book Award and was recently named the Young People’s Poet Laureate by the Poetry Foundation. “Brown Girl Dreaming” won last year’s National Book Award, as well as the Coretta Scott King Award, a Newbery Honor Award, the NAACP Image Award and the Sibert Honor Award.

“Jacqueline Woodson’s rich and lyrical voice transcends time and place to bring readers of all backgrounds together to share her experience of coming of age in South Carolina and Brooklyn,” Flannery said.

Cambridge Reads includes book discussions at the Main Library and its six branches preceding the author’s appearance. A discussion schedule hasn’t been posted.

This post was took significant amounts of material from a press release.