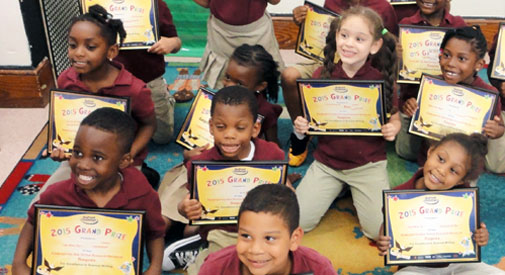 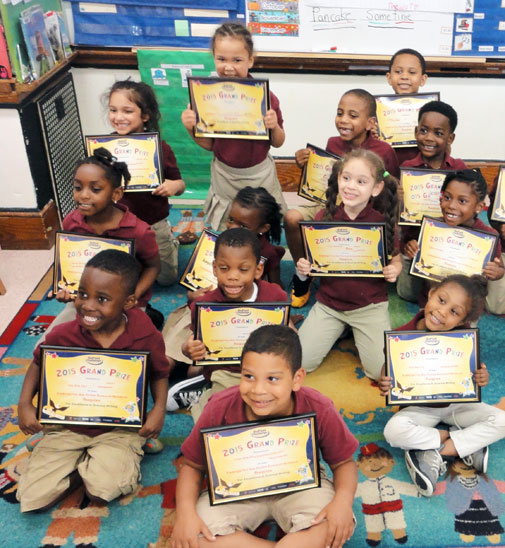 The “Science Is Fun Day” coming Tuesday to Benjamin Banneker Charter Public School, hosted by DuPont and NASA and featuring a surprise guest, didn’t just happen – it’s part of the grand prize won by kindergarten students as part of the annual Dupont Challenge.

Teachers taking part in the chemical company’s challenge choose a community-oriented science challenge for their class, research the topic, plan a project, analyze and interpret data and have students tell the story in handwritten and hand-drawn pages.

At Banneker, teachers Maureen Danahy and Yola Dubois had their students focus on Penguins, and the resulting work beat hundreds of entries across the United States and Canada.

“I was looking for a way to have the kids connect to nonfiction texts,” Danahy said, citing the roughly 80 books on penguins borrowed from various libraries.

The students also visited the New England Aquarium. “The students were so excited to see and learn new things about the animals they had been studying,” Danahy said. “We went back into the classroom and began writing and drawing … off the kids went.”

“I just hoped that the people at DuPont would recognize the kids’ enthusiasm through their words and pictures,” she said.

News of the grand-prize win came in the spring. In addition to the class’ two-hour Tuesday science event – including reflections from Danahy, a student presentation, “You Can Be A Scientist Show” and award presentation by DuPont – the school gets a subscription to the Britannica Online School Edition, and Danahy won an expenses-paid trip to next year’s National Science Teachers Association Conference in Nashville, Tenn., and a one-year membership to the association.

It was actually a last-minute brainstorm that led the way to a win.

“Were supposed to be reading books on caterpillars,” Danahy said. “We switched our topic to Penguin.”