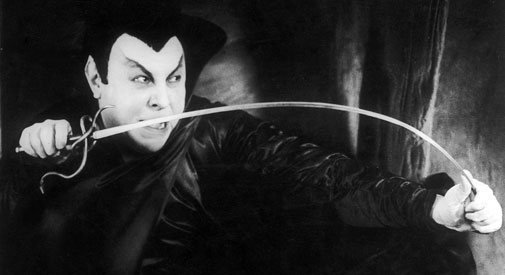 There’s plenty more going on, thanks to Halloween, and lots of holiday-related activities in this Cambridge/Somerville Guide. Here are top picks that aren’t in that list:

Silent film screening of “Faust” with live music at 8 p.m. Friday at Killian Hall in the Hayden Library Building at 160 Memorial Drive at the Massachusetts Institute of Technology. Free.

“Faust” is a visually lavish and mesmerizing film, with F.W. Murnau directing great European actors such as Emil Jannings in the role of Mephistopheles. Film music expert Martin Marks adds to the brilliance by compiled a score from 19th century pieces, including vocal works (aided by soprano Divya Pillai) by Schubert, Schumann, Berlioz, Rossini, Brahms and Humperdinck, then intermixing incidental mood music commonly used in the 1920s to accompany silent films. Extraordinary. Information is here. 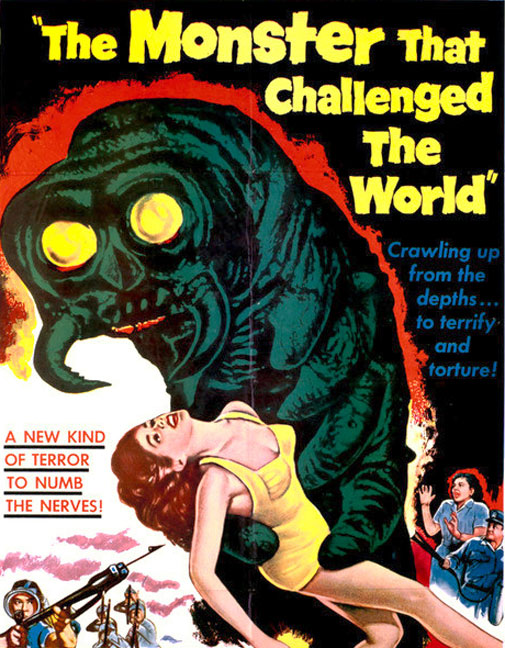 The truly hardcore Halloweeners get their test with these 12 hours of horror, all in 35mm prints on the theater’s big screen. Start with Tod Browning’ 1928 rarity “West of Zanzibar,” in which a magician gets revenge on the man who paralyzed him; then comes the classic 1931 “Dracula” with Bela Lugosi; the bonkers 1957 “The Monster That Challenged the World,” in which giant mollusk monsters attack California; John Frankenheimer’s creepy 1966 “Seconds,” in which Rock Hudson is an unhappy middle-aged banker who fakes his death for a medical procedure that gives him a new identity; the tense 1986 “Aliens,” which brings Sigourney Weaver back to battle the xenomorphs; and “The Lost Boys” from 1987, which brings the Coreys and Jason Patric face to face with California vampires. (What is it with California, anyway?) Information is here. 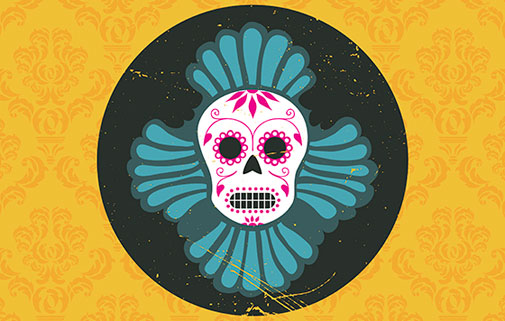 The Taza chocolate factory offers its stone-ground chocolates (including a free Tazitos Crunch bar to the first 100 attendees in costume), sugar-skull face painting and music – from DJs Dudley and Fuzzy Fotch, Mariachi Veritas de Harvard (at 1:30 p.m.) and students at the Veronica Robles Cultural Center (at 3 p.m.) – as well as plenty of other refreshments: food from Tex Mex Eats, Taco Party and The Happy Taco; caramel sampling from Fat Toad Farm and desserts from Boston Organics; limited-edition pan de muertos from A&J King Artisan Bakers; and drinks from Downeast Cider House and DRINKmaple.  Information is here. 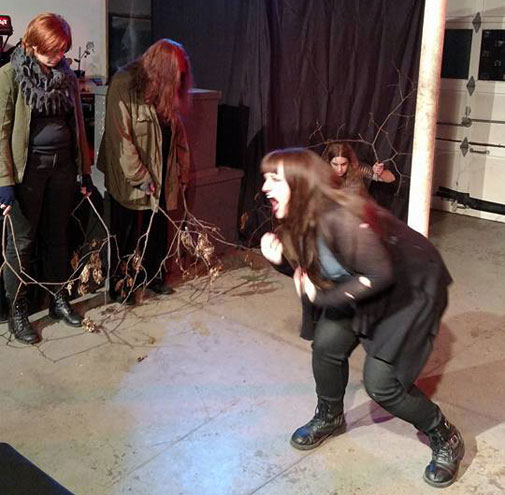 The Chameleon’s Dish theater troupe has created an especially unsettling interpretation of Shakespeare’s tale of reckless ambition. The company explains why the work is so chilling: “In a play saturated with grand terrors: war, murder, assassination, political upheaval, and most of all the supernatural, it is the subtle horror of manipulation that most sets our hair on end … When a master manipulator can assume any shape, how do we know when we are being used? And when the ever-changing face of evil is revealed too late, is there anything left for us but the fall?” Information is here.

“Everything Is Terrible! Legends” live show at 8 p.m. Saturday at at The Brattle Theatre, 40 Brattle St., Harvard Square. Tickets are $13.

The website Everything Is Terrible, which specializes in finding the weirdest, dumbest but most irresistibly watchable VHS videos, also puts on a hell of a live show – not just screening insane clips mashed together into a psychedelic comedy, but adding aspects of theater, special effects and prop mastery to create unforgettable sensory experience. “EIT! knows how to fill the stage and room with crazy energy,” say the minds behind the experience. “The following day on Twitter, fan tweets read anything from ‘My mind exploded’ to ‘If you didn’t get to the EIT show last night, I feel sorry for you.’” Information is here. (And come back to the Brattle from 11 a.m. to 2 p.m. Sunday as the historic theater opens up its archives to display 60-plus years of rare movie posters and other historic items.)