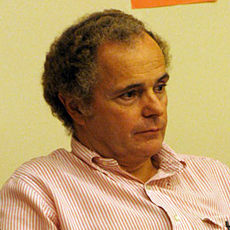 Gary Mello, 60, a lifelong Central Square resident and Cambridge Rindge and Latin School graduate, has gone from longtime employee at the Harvard Sailing Center to longtime pharmacist, but holds bachelor’s and master’s degrees in engineering from the Stevens Insitute of Technology in Hoboken, N.J. He is also a landlord, licensed real estate broker and notary public. He sends his kids, a fifth-grader and a high school sophomore, to Cambridge public schools.

Mello, running for council for the third time, is decisive, engaged and smart, and retains interesting ideas and a bedrock fiscal conservatism that that might comfort some taxpayers who don’t think Cambridge manages its money well enough – some evidence to the contrary. He’s a straight talker who seeks simple solutions and resists “cronyism” in government. And if elected, he wants the next city manager to come from outside the city.

“Am I a progressive?” he said, responding to a question at a campaign forum. “What I am is pragmatic. I want to do what is possible.”

As a sign of Mello’s complexities and principles, he rejects that there are truly benefits to the city’s inclusionary zoning – which lets a residential real estate developer build more and bigger in return for making a percentage of the units being built “affordable” – by looking at prices that remain out of reach for most. “Affordable housing isn’t a slogan, it’s a number,” he’s fond of saying, and he can point to the fact that he, as a landlord, hasn’t raised rents on his tenants in 15 years, just as he didn’t bother raising money for his runs for the council.