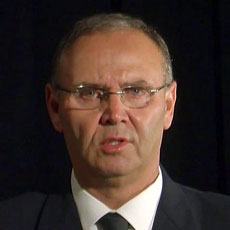 Gregg Moree, 58, was born and raised in Cambridge and attended Cambridge Rindge and Latin School. His cites his uncle Joe Sakey – former director of the Cambridge Public Library – for his mentorship in teaching Moree people are “only truly rich when you have given everything away and only truly noble when you serve others.” He is a carpenter who, inspired in part by the lack of good training and jobs for local tradespeople, has run for council in every election since 2007.

Moree is not running on a slate or campaigning with any other candidates.

Education. He believes there should be more youth apprenticeship and internship programs, including some resulting from mandatory signed contracts between the city and the companies it hosts.

Jobs and equal pay. Moree supports boosting the minimum wage to $15 an hour, as well as “equal pay for all; … enforcing city ordinances on city jobs; and linking construction jobs for Cambridge workers to permits and project approval.”

Housing. Moree wants to use programs such as co-housing to make living in Cambridge more affordable and respectable.

Score from A Better Cambridge:

While two years ago the knock on Moree was temperament – his energy level at debates seemed more like anger than passion – a source of unease this time is a lack of familiarity with topics of concern to other residents and a seeming inability to grasp and engage with unfamiliar concepts. He opted to pass on a forum question of whether Cambridge infrastructure such as roads, bridges and sewage systems were adequate, and when asked about language immersion programs in the schools he endorsed an English-only approach that would leave students looking ignorant on a global stage and ignores data showing children learn better in general when studying a second language. Initially, it took a long time and a lot of audience engagement until he was prepared to answer.

His signature idea of asking for federal aid to help build more affordable housing in Cambridge seems doomed to fail, considering the city’s enormous wealth compared with other communities and the difficulty encountered by the Cambridge Housing Authority in finding government help for existing units amid tightening U.S. budgets.