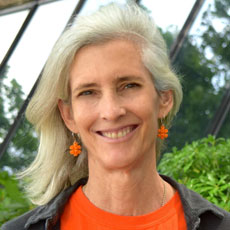 Devereux, a writer and communications specialist for schools as well as a graduate of Princeton and Columbia universities for a bachelor’s degree and master’s in business administration, respectively, has been a Cambridge resident since 1993 after living in Paris and Manhattan. She is co-founder and president of the nonprofit, volunteer-run Fresh Pond Residents Alliance.

“I never thought I’d see the word ‘politician’ next to my name,” Devereux said. “But I aim to make people think differently about what it means to step up and take a stand.”

In announcing her run, she pleaded guilty to a former complacency about city issues while “trusting that our city’s future was in good hands because my property tax bill remained low and city services worked well enough.” Then came a “tsunami of piecemeal development” in the Alewife area and the surprising finding it had already exceeded the amount projected to be built by 2024, leading to the formation of the Alliance. She and the Alliance supported a citywide development master plan, which is underway, changes at the Planning Board and a failed petition by councillor Dennis Carlone that would have, in the interim, given the council review powers over some of the city’s biggest projects.

“In just a year we have made a difference. The FPRA has worked with other resident groups to put planning issues at the top of the council’s agenda and has become a respected voice in the heightened public debate about the city’s growth priorities,” she said.

She is married and has three children.

Devereux is not on a slate, but has held campaign events with councillor Dennis Carlone and council candidate Mike Connolly.

Obviously all are interconnected, and each is essential to maintaining a healthy and balanced economy, but sustainability has become an existential question — without more aggressive action to address climate change our options for progress on the others may be constrained. We need more affordable housing for our workforce and to preserve the city’s socioeconomic diversity. Improvements to transit, pedestrian and biking facilities have been shown to benefit local retail as well as to reduce congestion.

Devereux is smart and ready to serve – indeed, already has been serving in her neighborhood in ways that have allowed her to get quickly up to speed on the issues most pressing in the city. In addition to the most common themes of this campaign season (development, where she is keeping a keen eye on Kendall and Central squares, in addition to Fresh Pond, and affordable housing, where she believes she would have sought a full $24 per square foot “linkage” fee of large real estate developers), she endorses a citywide culture of service and wants to help Cambridge “regain its progressive mojo.”

“Are we at the forefront of innovative policymaking that furthers forward-thinking progressive values? I think there is ample room for improvement,” she says.

“I’ve discovered that while good intentions abound, accountability, creativity and transparency often are in short supply. To my dismay, I’ve come to the conclusion that the ‘People’s Republic’ is far less progressive than it’s cracked up to be when it comes to taking bold, decisive action; we should be leading, not following. A few recent examples: the seven years it took the council to pass a ban on plastic carryout bags; the council’s decade-plus delay in considering whether to raise the incentive zoning fee to fund the Affordable Housing Trust; the delay in raising the inclusionary zoning percentage; the council’s refusal to even ask the city manager to study options for the public financing of elections.”