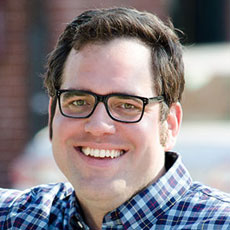 Connolly was born in Dorchester and lived with his divorced mother in Washington Heights, a low-income public housing project in Norwood, where they relied on government aid, fuel assistance and help from a local food pantry and lived amid violence and substance abuse. Connolly was able to succeed academically and on the football field, earning a full athletic scholarship to Duke University, where he graduated in 2003 with a degree in computer science before attending Boston College Law School. After graduating from law school and passing the Massachusetts Bar Exam, Connolly and his wife Kacy moved to Cambridge in 2011.

Connolly’s first works at City Hall came in the wake of the Citizens United decision, working with councillors to pass a resolution voicing opposition to unlimited campaign contributions by corporations. Connolly also participated as an organizer and legal observer during the Occupy Boston protests, later launching a “no money” campaign for state representative against 20-year incumbent (and city councillor) Tim Toomey. Since then, Connolly has organized around sustainability and affordability in Cambridge, including leading the grassroots effort to establish a net zero carbon emissions standard for the city. He was legislative aide to city councillor Dennis Carlone through July. This is his first run for the council.

Connolly is not on a slate, but has held campaign events with councillor Dennis Carlone and council candidate Jan Devereux.

A comprehensive housing plan to keep Cambridge affordable for all of its current residents.

Work with others to implement a universal Pre-Kindergarten program and to provide affordable, quality child care options for all residents with young children.

Continue with the work I have done to advance the Net Zero Action Plan, which puts us on the path to achieving zero carbon emissions from the built environment.

If there is any challenger this year experienced enough and worthy of winning a council seat, it is Connolly, a lawyer and citizen activist who has already seen significant success from his organizing. So has the city, actually – it was Connolly who got the city’s net zero carbon emissions plan started, overcoming significant opposition and winning a true government process leading to implementation of efforts that will contribute to the global fight against disastrous climate change.

As a legislative aide to councillor Dennis Carlone, he was contributed significantly to driving the city’s agenda not just on net zero emissions, but on such issues as launching a citywide development master plan, getting improvements to Planning Board processes and raising the linkage fees charged to large real estate developers after the council had let the fee limp on far below market rates for more than a decade. It was his work that pointed out how far ahead Cambridge is on building the residential units called for by the Metropolitan Area Planning Council, and on the campaign trail he and former councillor Minka vanBeuzekom have driven new conversation about getting Cambridge a condo conversion fee that will give renters some protection if landlords opt to go the condominium route.

He has also been instrumental in focusing attention on the city’s missing Woodworth study, which could have added context to the conversation over the Normandy/Twining zoning granted in Central Square this year, but now will likely be an important component of conversation about the master plan guiding the city over the next two decades.