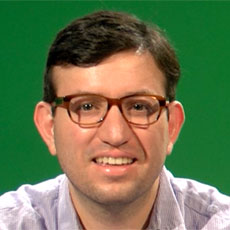 Plinio DeGoes immigrated to the United States at age 7 from Brazil. He is a graduate of the University of Michigan, Emory Law School and Harvard University and a member of the Green-Rainbow Party of Massachusetts, for which he helped campaign for Ralph Nader for president. He is a husband and father.

These items harm the most vulnerable members of our community.

DeGoes has an Ivy League doctorate but roots in the working class, including jobs as a cashier and mover. These roots are what he cites as inspiration for running for City Council and for much of his policies to protect the affordability of the city. Until recently he watched Brazilian soccer with a group, he has said on the campaign trail, and “slowly the entire club moved to Somerville” as its members became priced out of Cambridge. “The City Council has presided over an exodus,” he says.

As a result, he is interested in ensuring class bias is kept out the studies that craft city policy, including our vital “nexus” studies, and in seeing a progressive tax that helps those who need it and asks a reasonable amount of those who can afford it. He opposes big money in campaigns that “creates the appearance of impropriety and undermines confidence in government.”

He also believes the city has too many corporate franchises such as McDonald’s and Starbucks and has lost “our local flavor … shops owned by local residents should be our priority,” he says, saying that Cambridge, like cities including Austin and Portland, should “keep it weird.”

For a class-conscious voter, DeGoes is a smart and pleasant, but obviously very sharp, choice.