‘Miss You Already’: These best of friends even make their own tearjerker better 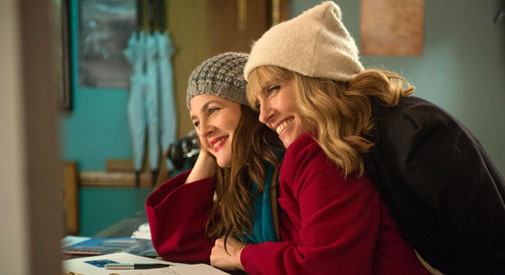 ‘Miss You Already’: These best of friends even make their own tearjerker better

“Miss You Already” tackles the subject of female friendship with enthusiasm and oodles of heart. The female characters aren’t just three-dimensional, fantastically drawn and performed – they’re the sole focus of the story. And even when that story is predictable, the characters keep it fresh. 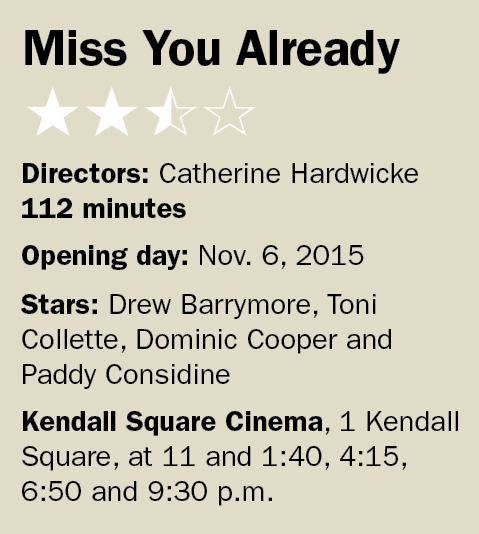 Milly (Toni Collette) and Jess (Drew Barrymore) have been friends since they were children. The beginning of the film gives a flash course on their developing friendship, through their first kisses and first sexual encounters to the deaths of loved ones, to Milly being there when Jess learned she was pregnant. As Jess says in a voiceover, there’s hardly a picture of hers that doesn’t have Milly in it. Of course, with a title like “Miss You Already,” the bad news has to come, and soon Milly is learning she has cancer. It’s aggressive, and she needs to start chemotherapy as soon as possible. There’s a side plot of Jess and her husband Jago (Paddy Considine) trying to have a baby and Milly and her husband Kit (Dominic Cooper) having trouble overcoming her illness, but the real heart of the film is the tender and honest friendship between Milly and Jess.

There’s a remarkable honesty in the depiction of these two women. They behave in ways I could identify with – neither woman is a saint, and their arguments are mean. To Jago’s chagrin, Jess can be completely consumed by Milly’s drama, and Milly can’t help but push everyone’s buttons, making it seem like what her friends and family are doing is never enough. . These characters are riddled with flaws and the film makes it plain to see. Even at their most petty, though, there is an undeniable sweetness to their zero-barriers friendship. They love one another, and it’s something that should be depicted in cinema more often. It makes predictable scenes such as a blowout Milly has at a birthday celebration or a road-trip singalong interesting and charming rather than aggravating.  (Catherine Hardwicke directed from a script by Morwenna Banks.)

Jess and Milly’s chemistry is aided beautifully by Barrymore and Collette, and Collette gives Milly an added layer of vulnerability that helps the audience through some of Milly’s more selfish moments. As the supporting characters, Considine is reliably great and Cooper does some fine work, both as the playful husband and the one having a hard time dealing with Milly’s diagnosis.

It’s a shame that for a film with characters who overcome their archetypes, the structure of the script never quite kicks convention. The first hour also has a lot of filler moments that make it drag, and by the time the halfway mark hits, it feels as if we’re already in the third act.

It’s a solid film, if not a great one. “Miss You Already” will undoubtedly tug on your heartstrings. It’s just a shame the movie couldn’t live up to strength of the bonds the characters shared.