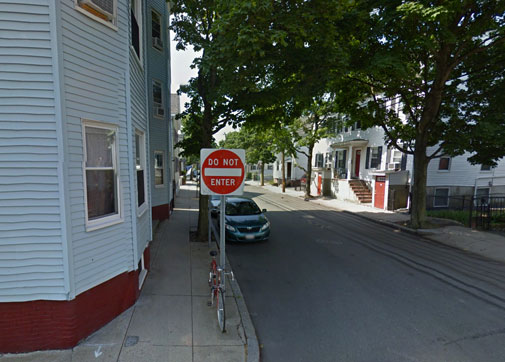 Harsh words for a high-end landlord have dramatized an ongoing housing crisis as officials sought to make a comprehensive citywide housing plan an “early action item” for the recently launched development master plan and pondered ways to block longtime renters from losing their homes to renovations and aggressive rent hikes.

One approach arrives for consideration Monday before the City Council: “Gap vouchers” that the city would issue to help make up the difference between federal housing subsidies and the high cost of rent throughout Cambridge.

As it is, even Cantabrigians who get money from the federal government to help pay rent often wind up moving to other cities – as far away as Burlington – because the federal money is set at levels that can’t keep up with rising prices here.

The City Manager’s Office will be asked to look into the feasibility of city-financed gap vouchers, which are also being considered by the City of Waltham, and other measures, if councillors back a policy order proposed for Monday’s agenda by E. Denise Simmons, who leads the council’s Housing Committee, Marc McGovern and Dennis Carlone.

It was only the previous meeting, held Nov. 23, when councillors agreed a comprehensive housing plan should be among the first priorities in a citywide master plan process.

Project-by-project zoning and zoning exceptions have ratcheted up tensions citywide as planning processes and studies have seemed to disappear without explanation into the Community Development Department, making housing affordable to all a major issue in the past election season. Challenger Mike Connolly campaigned often on prioritizing a new, comprehensive plan, and with councillors taking action, Connolly – a former legislative aide to Carlone – urged a fast, inclusive process.

“I became interested in the idea of a comprehensive housing plan when I noticed that cities such as Boston, Somerville and San Francisco have all recently completed housing plans. The Boston plan appears to have been produced in less than a year, and was produced in advance of their pending master planning effort,” Connolly said in a letter of support. “Here in Cambridge, we could aim to complete the first draft of our housing plan by the end of 2016. It could be further updated at the conclusion of the citywide planning process.”

Joe Sullivan, a Cambridge resident who runs Somerville’s J.J. Sullivan Plumbing & Heating Contractors, said he also supported a housing plan priority, though the recent history of construction crews, contractors and their labor unions in Cambridge has been blanket approval of projects no matter the concerns raised about the effects of the final project. Some giving testimony have said the need for guaranteed work overrides other concerns.

“We love construction … it employs our crews,” Sullivan said. “However, I do believe there should be a plan for housing and development in Cambridge. We should be examining the impact of new buildings to a specific area as well as considering the ‘affordable’ aspect of new development.”

“What this man is doing is criminal”

Despite the recurring face-offs over large projects and what percent of their units will be deemed affordable, there has been no more dramatic examples of the need for aid such as gap vouchers than the dozens of people forced abruptly into a cruelly constricted and expensive housing market by landlords’ whim.

One landlord in particular drew the ire of councillors in late November.

“What this man is doing is criminal,” said Simmons of Tony Madan, managing partner of the condo-conversion specialist Boston Investments. “This man is buying Cambridge like money is growing on trees and he’s plucking it off and making a profit to only fatten his pocket. I mean, it’s just pure speculation, and how he can continue to just buy and displace people is horrible.”

“There’s got to be a way that we can intercede,” Simmons said.

Her frustration stemmed from a report presented by City Manager Richard C. Rossi showing the current limits of Cambridge’s powers in responding to landlord actions and trying to get residents in crisis into affordable housing. The sudden closing of 126 units comes during a three-year freeze on the 6,000-household wait list of people hoping for public housing.

Only 15 of the total units (five unoccupied) are affected by the renovation work of Boston Investments on Harding Street in East Cambridge; the rest are from Harvard Towers, on Harvard Street in Mid-Cambridge. While the Harding Street tenants are facing surging rents after longtime owners sold to Boston Investments, which now has a mortgage of almost $3.3 million to support, those in the 111 units of Harvard Towers were forced out with little notice by the longtime owners who want to renovate the building. 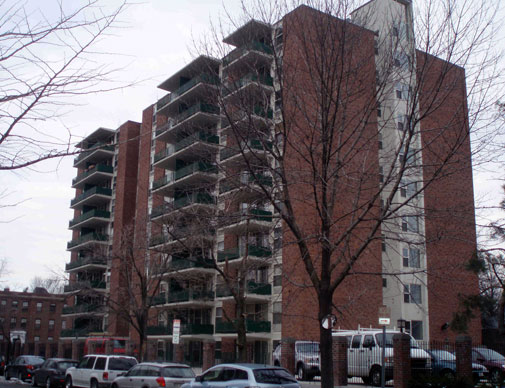 The 111 units at Harvard Towers, 295 Harvard St., will be cleared of tenants during renovations. (Photo: Cambridge Assessing Department)

Neither the Harvard Tower Corp. property manager nor Madan responded to requests for comment and updates at the properties.

After sale too late

Simmons said she felt a sense of urgency, as she heard Madan and Boston Investments had just made another purchase in the city that, to the councillors, sounded like more people would be displaced by upgrades pricing them out of the market.

That’s why the city had to become more aggressive about buying property, according to Simmons and McGovern, especially from downsizing seniors whose homes could otherwise be bought by absentee, overseas investors or luxury developers such as Boston Investments.

“It’s really too late after it gets sold to somebody,” said McGovern, noting that while the city might have some ability to pump up a condo conversion law offering renters some protections or purchase options, sales were a different issue – and he’d been talking with seniors “who are being swindled out of their homes, for lack of a better term” by buyers promising protections that evaporate when a sale goes through.

Carlone – in addition to wondering if renovations could get so extensive as to be considered new construction, falling under rules that enforced adding affordable units – reminded the city manager that a September order had asked for a survey of tenant rights, strengthening of condo conversion laws and more use of Community Preservation Act money to pay some tenant fees and costs, almost as a gap voucher might. Others have proposed using CPA money to outright buy property.

Buying the Harvard and Harding street properties was impossible at this point, Rossi said, but there was potential for converting some units at one property to be affordable.

“We have been told that [the Harding Street property’s] existing financing would not allow an affordable housing restriction … and that the current owner is not interested in further pursuing ways to create longer-term affordability at the property,” Rossi said. But on Harvard Street, “while the owner has made no commitments, and no specific proposals have yet been made, the owner has indicated a willingness to explore options for creating affordable units [and the city] will continue to pursue ideas for establishing long-term affordability in some units before renovations are completed next year.”

Simmons said the news wasn’t as good as she’d hoped, and said Rossi and other officials should leave the meeting with “homework”: continuing to think aggressively of ways to slow “this rampant and outrageous level of speculation purchasing of Cambridge.”