‘It’s a Wonderful Life’: Brattle brings back classic that’s more than you remember 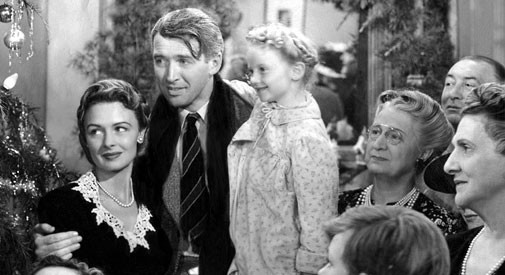 ‘It’s a Wonderful Life’: Brattle brings back classic that’s more than you remember

For all its charm and reputation as a timeless, beloved Christmas movie, “It’s a Wonderful Life” is no happy present to unwrap. Its leading man is depressed for a large portion of the film, and the tone is more of melancholy than holiday cheer. Disarmingly earnest and a classic that has truly stood the test of the time, the film will be playing just in time for the holidays at The Brattle Theater today through Sunday. 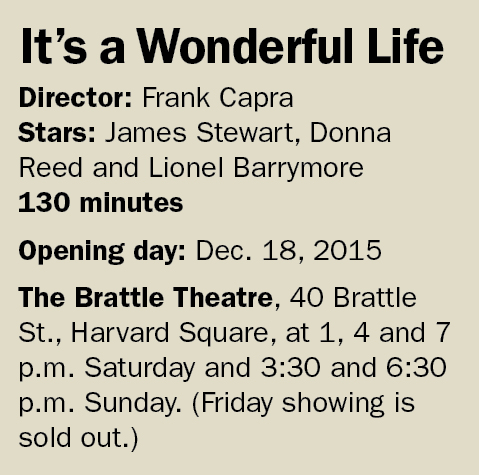 There’s a dose of cynicism that goes into watching old holiday films, a curse of retrospection when movies beloved as a child come to seem saccharine or phony, but “It’s a Wonderful Life” only gets better with age. Jimmy Stewart’s George Bailey and his idealism becomes all the more important, especially watching that idealistic nature slip away as he grows older and finds himself compromising his wants and happiness while watching his peers reach greater heights.

It’s hard to imagine now, but, famously, “It’s a Wonderful Life” wasn’t always the holiday hit it is today. Considered financially unsuccessful at the time of its release, the worth of Frank Capra’s was boosted greatly by years of television replays – an accident of lapsed copyright that put it temporarily in the public domain. Critically, on the other hand, it was adored, landing five Academy Award nominations and named by the American Film Institute as one of the 100 greatest American films ever made. Today, the film is played on millions of screens when it pops up during the holiday season, for new fans and old.

If you were late introducing yourself to this film, as I was, you too might be surprised at the length of its most famous piece compared with the lead-up. We know George is at some point going to be shown what the lives of those around him would have been like had he never been born, but we don’t don’t know that the movie is going to beat down on this affable character for nearly two hours beforehand. The deconstruction of George Bailey’s character is fascinating to behold. He begins the film as a man who promises to lasso the moon for a girl he’s desperately trying to woo, and later is seconds away from committing suicide. It’s a complete transformation, to the point that by the time Clarence (Henry Travers) has convinced George to keep on living and, in a gorgeous and iconic shot, we see George running down the streets back to his family, we experience his own unadulterated exuberance.

There’s much to enjoy about the film, and seeing it on the big screen with crisp, immersive, transporting black-and white-cinematography isn’t something to miss. Stewart’s charm and Capra’s skill are only two of the reasons this event is a must.