‘The Revenant’: DiCaprio goes through hell in the Old West, and you’ll feel it in theater 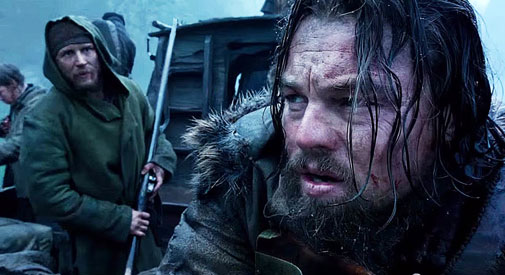 ‘The Revenant’: DiCaprio goes through hell in the Old West, and you’ll feel it in theater

Throughout his career, Alejandro González Iñárritu has set his eye on struggle and the imminence of death. “Amores Perros” (2000), the cornerstone film that made Iñárritu an international commodity, featured a “Cujo”-esque canine able to rip flesh from bone with ease. In 2014’s “Birdman,” Michael Keaton’s play-staging thespian hung on the verge of ruin and suicide and hears voices too, though not to the degree Javier Bardem’s shadowy Spaniard does in “Biutiful” (2010) – he can actually see death. Iñárritu’s latest, “The Revenant,” borrows elements from all three of those achievements as it sends Leonardo DiCaprio’s imperiled frontiersman on a Jobian trek across the frozen northern plains – mostly on his belly. 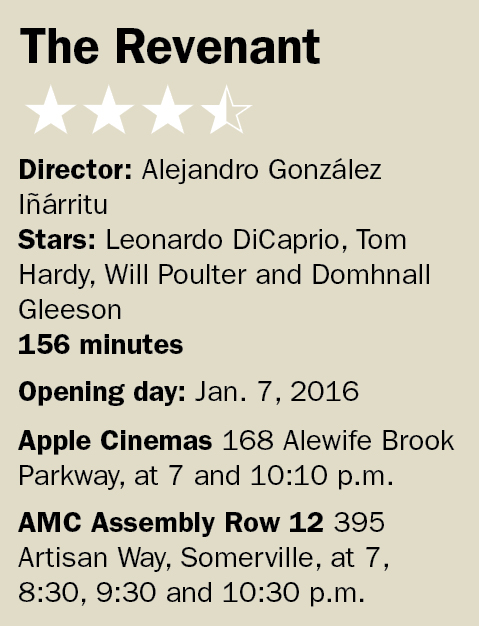 The title refers to one who returns from the dead or a long absence. Some definitions have it as a ghost or specter, and all are apt in Iñárritu’s ordeal of great suffering. Right from the start, blood gets spilled as a party of American fur trappers in the early 1800s is beset by Arikara warriors. Viewers, like the furriers, don’t see the Native American detachment coming until the visceral twang of a well-guided arrow sails across the screen and pierces the throat of an unwary skinner. Being at the mercy of a largely unseen assailant registers eerily like the band of mercenaries in “Predator” being picked off one by one by a near-invisible alien force.

DiCaprio’s Hugh Glass, the outfit’s guide along with his half-Pawnee son, Hawk (Forrest Goodluck), get the survivors on a boat down the mighty Missouri River, full, foreboding and a major player in the film. Ever too much the sitting duck on the water, where you can feel the presence of waiting arrows at every bend, the party lands and goes it afoot. It’s there, among the ferns and pines while scouting ahead, that Glass is mauled by a mother grizzly protecting her cubs. The scene is long, brutal and squirm-worthy as Glass’ flesh is peeled from his back and his body pulled from and flung into Emmanuel Lubezki’s impassive, ground-level camera. The orchestration of sound, imagery and the frothed grimace on DiCaprio’s face is as stomach-knotting as it is poetic perfection.

Unable to be ported over the mountain highs (the depleted expedition aims for the safety of a military outpost), strapped to a makeshift gurney, unable to walk or speak due to a gaping slash across the thorax, Glass is left in the charge of a wide-eyed young man with a sense of duty (Will Poulter) and John Fitzgerald (a bug-eyed and nearly unrecognizable Tom Hardy), a hateful soul who harbors murderous contempt for Glass and his interracial progeny. Ultimately Glass is left for dead, half-buried in frozen earth – the result of further unpleasantries that twist “The Revenant” into a western revenge saga of sorts, although Glass has to first heal enough to get in the game while the Arikara lurk nearby (on the warpath because the chief’s daughter has been kidnapped).

For a good third of the film’s 156-minute running time, DiCaprio bides his time sprawled prone, slithering across ice and jagged earth, using only his torqued face and limpid eyes to convey agony and righteous determination. It’s a remarkable performance. You feel the limp, broken leg kick out as Glass tries to stand and every bang of every boulder as the beleaguered mountain man is flushed down the Missouri in an effort to avoid more able pursuers. Hardy too brings soul and embodiment to a role that otherwise could have been slackly two-dimensional. Fitzgerald’s a self-preserving opportunist, no doubt, but he’s also forged in an unforgiving crucible that seizes every opportunity to cull the weak and the benevolent.

The bones of Iñárritu’s haunting vision comes from Michael Punke’s 2002 novel. Glass and Fitzgerald were real frontiersmen of historical notoriety – so much so that long before Punke’s mythical retelling, the exceptional Irish actor Richard Harris filled the Glass role in “Man in the Wilderness” (1971), renamed Zachary Bass. That movie was a straight-up tale of survival with a prospect of revenge; here Iñárritu and co-scripter Mark L. Smith imbue Glass with Hawk and the spirit of his Pawnee wife killed in a massacre by whites. Themes of rapacious greed, western entitlement and cultural intolerance coupled with environmental disregard flow with subtle might, but at the heart of Iñárritu’s woodland tempest looms Glass’ superhuman perseverance, driven by the memory of those he loved and incarnated in the same dreamy sylvan echoes that Terrence Malick brushed so artfully into “The New World.”

As with “Birdman,” Iñárritu’s command of his craft is handsomely on display and greatly bolstered by Lubezki’s sharp lens. The culmination doesn’t deliver any burning revelation, but the long, bloody crawl through frozen hell ultimately becomes a contemplation on man and morality outside the confines of a law-bound society. It’s palpably grueling to behold, a cold plunge into the extremes humans will go to in extreme conditions.