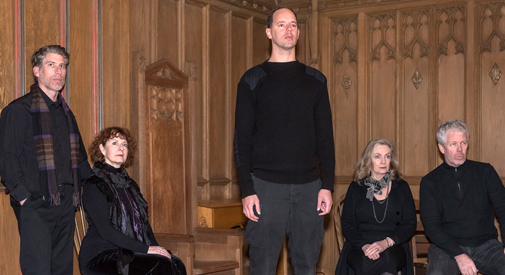 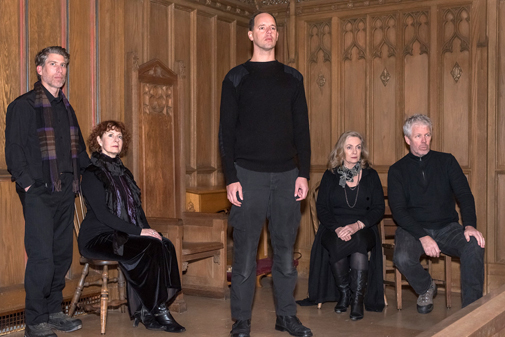 Just as the country becomes fully engrossed by the questions of who succeeds Barack Obama in the White House, the Actors’ Shakespeare Project brings Shakespeare’s succession drama “Richard II” to Central Square for a three-week run, starting with previews Wednesday. We asked Allyn Burrows, the project’s artistic director and director of the production, how this became the moment for the lesser-known tale of a monarch who took the throne at the age of 10 – and never quite outgrew an indulgent, childish arbitrariness that could all too often be fatal to those around him. The exchange has been edited and condensed for publication.

Why this play, and why now?

It’s a beautiful play, entirely in verse, and it’s got all the political intrigue and family infighting that you could ask for out of British royals, with a tragedy at the center of it that is really compelling. It seemed like a natural fit – I’m surprised we didn’t do it earlier. It’s got a lot of topical resonance right now, given the vituperative environment we find ourselves in politically.

We try not to anticipate what the political or socio-economic environment will be, but there is a kind of coincidence that happens when we choose a season a year and a half in advance and find ourselves with a play that seems into the middle of a certain landscape.

What does “Richard II” have to say about politics now?

Modern-day politics don’t really hold a candle to the poetry and higher-arching themes Shakespeare was able to encompass, but modern-day scenarios certainly fit into this model quite nicely – depending on your viewpoint. Our Cambridge demographic may read it through the prism of whatever their political leanings are; do this play in the South and it might come out differently. But I’m really thinking how the Cambridge intelligentsia might view Richard’s extraordinary mind and his ability to, even in the depths of his loss, still be able to speak in some of the most extraordinary poetry the English language has known. [Not to mention] how willing people are to tear each other down to serve their own needs, when just about all the individuals in question, who really hold a lot of power in terms of the state affairs and the fate of the country, are all related on some level. All these connections, yeah, they work politically, but what makes them particularly resonant is that they all touch on people in terms of connection to family.

Your cast is mature and experienced. Does that reflect the complexity of the play?

It’s not that we couldn’t do “Richard II” with teenagers, but … it helps when you have someone with a depth of experience, knowledge of the language and command of the rhetoric.

We have seven actors playing all the roles, so I’ve pared down a number of roles. Some of the marginal characters I just did away with to focus on the central individuals, and mainly because people had to change costumes so quickly we couldn’t go into elaborate detail in terms of the period – unlike our “Henry VIII” a few years ago that was really, down to the last brooch on people’s lapels, period accurate.

What should audiences of your “Richard II” be looking for?

The key to the play really is about: At what point specifically does power in our world get transferred? It’s quite deceiving in this play, because even though Richard II does get forced out of power, it’s done so reluctantly by the person who follows him in the name Henry IV. Because if it’s not done right procedurally, that transfer of power will always come back to haunt the person who has inherited it. And that’s exactly what happens. In “Henry IV, Part 2,” he says “Uneasy lies the head that wears a crown,” and that has a number of meanings – because essentially Richard was deposed in a way that was improper, and there’s some really nasty karma there that comes back to bite Henry IV in the proverbial ass.

What’s your personal most powerful moment in “Richard II”?

The moment that really sings is the deposition – when that crown gets transferred. Because it’s about laying bare people’s strengths and weaknesses, and it’s really unparalleled. I just find it really compelling every time we rehearsed it or looked at it, because everything hangs in the balance. This play was written some 400 years ago and you watch it and every time you watch it you feel like you don’t know which way it’s going to go.