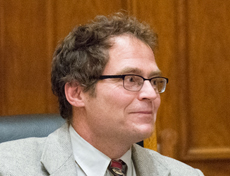 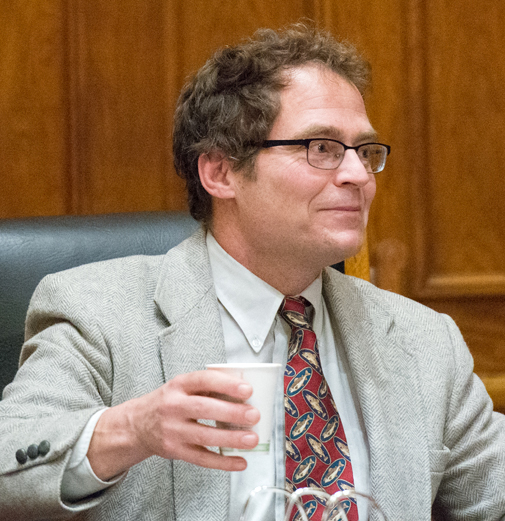 A move to get professional lobbyists to register and disclose their work in Cambridge – similar to bills being considered in Boston and by the state Senate – was complicated this week by lingering anger from the past municipal election, with the nonprofit Cambridge Residents Alliance citizens group getting compared to the NRA by city councillor Craig Kelley.

“A 501(c)(4) doesn’t have to report donors the same way a 501(c)(3) or a regular election campaign does. The NRA is one of those places money comes – people call it ‘dark money’ – and the Cambridge Residents Alliance is a 501(c)(4),” Kelley said at a Monday council meeting.

“I tried to find its most recent report and failed, to see how much money they poured into the most recent campaign. I don’t know if it was hundreds or thousands or whatever. I don’t know where those donations came from. But my point is, let’s be transparent everywhere,” Kelley said.

Although the current council term since January has been notable for its civility, the election season that preceded it was bitter, with seven incumbents running as a “Unity Slate” and councillors Dennis Carlone and Nadeem Mazen standing apart. First-term councillor Jan Devereux was aligned with Carlone, though not on a formal slate, and both received Cambridge Residents Alliance endorsements along with Mazen and two candidates who failed to win election.

In a first round of comments about the lobbyist policy order, sponsored by Devereux, Carlone and Mazen, Kelley had been more general while still calling out the citizens group. “I’m intrigued by this idea. I believe in transparency,” he’d said. “I’m not entirely sure why you’d draw the line at certain types of lobbyists and not other types of lobbyists … to me that sort of organization [like the CRA] – there could be other ones out there – also needs to be a part of the discussion about where money intersects with politics in Cambridge.”

The sponsors responded favorably while pointing out that the bills their order echoed, including ones enacted in cities such as Los Angeles, Chicago and San Francisco, had an emphasis on “those who are lobbying as a for-profit endeavor,” as Mazen said. “It stands to reason in an era when local government is looking more and more like higher levels of government.”

Devereux added that are already ways for CRA donations to be reported, and both she and Carlone said they’d asked the group directly about its election spending and was told it was a sum of roughly $2,200, all contributed by members. State Office of Campaign & Political Finance records, however, show only reports from Devereux and Mazen for in-kind support by the group – $548 each, suggesting that its total outlays for the year were closer to $2,800.

The policy order follows state law in making $2,500 in compensation per year being the amount that would trigger the need for lobbyists to register and disclose their issues and contacts.

Vice Mayor Marc McGovern was among those saying he had no objection to further discussion in the council’s Government Operations, Rules & Claims committee, considering how prominent an issue campaign contributions from real estate developers had been in the past election, but noted that lobbyists were supposed to identify themselves in state filings. “I think we’re already pretty transparent,” he said. Still, he wondered whether sitting down with a constituent and campaign contributor who worked at Dunkin’ Donuts meant he’d inadvertently met with “a lobbyist from Dunkin’ Donuts.”

Despite the air of agreement, Kelley wasn’t ready to end discussion. He circled around back to the Alliance as a topic to make the National Rifle Association comparison and use the term “dark money,” which is most often associated with the billionaire Koch brothers, conservatives who revealed in January that they planned to rally $889 million to tilt the upcoming elections toward their favored candidates and positions, while acknowledging “overarching federal rules [may] say we can’t attack this issue of transparency and we have to focus solely on the one that everyone mentions, as holding professional office.”

Both are powerful terms to use in a progressive city where 90 percent of voters in the March primary cast Democratic ballots, and Devereux responded to Kelley more strongly this time, saying the inspiration for the order had been the Boston bill, “not going back to the campaign,” and calling the Alliance’s contributions “very small change.”

“Let’s get some perspective,” Devereux said.

Lee Farris, vice president of the Alliance, said Tuesday that Kelley’s comments had prompted a re-accounting of spending from the most recent election that would be posted on the group’s website when complete. The figures recounted by Carlone and Devereux looked roughly correct, she said, and the contributions were made possible by member donations in the range of $10 to $250. Most were at the lower end; there was only a single donation of $250, and there didn’t seem to be others close to that size.

All the money came from Cambridge residents, but the group wouldn’t identify them by name, Farris said. The CRA, which has no staff, has checked to make sure it’s operating within the rules of 501(c)(4) nonprofits, and the proposed order “has nothing to do with us,” Farris said. “We’re not lobbyists.”

“They feel like it’s us saying ‘You’re crooked,’ and that’s not what we’re saying,” Farris said of councillors unhappy with group attempts to highlight and question developer contributions to political campaigns. “We’re not saying there was actual vote buying – but it doesn’t look so great, and we don’t think councillors should be taking donations from developers with major projects before them.”

“We don’t have business before the council,” she said.

This is not the first time political contributions – mainly those from real estate developers, as the city has been embroiled for years in a series of debates over large construction projects – has inspired debate among councillors. Carlone and Mazen proposed a “clean elections” bill last year that would have provided public funding for candidates to “curb the undue influence of special interests in politics.”

Those two were the only councillors to vote in favor, as other incumbents gave sharp reactions to the insinuation that there was corruption among them, let alone undue influence from special interests such as developers. “To play into this, that we have to do this because of the perception that elected officials are beholden to special interests, I just don’t buy that, I really don’t. I’m just so sick of listening to that and I’m not going to respond to that,” councillor Tim Toomey said, while then-mayor David Maher dismissed the idea as put forth by a “tiny group” in a city where it was otherwise a non-issue. Councillor Leland Cheung agreed that while “It may be an acute problem in a lot of cities and towns … I don’t see this. There hasn’t been any evidence presented that there has been corruption or untoward, unlawful behavior by any of my colleagues.”

“I fail to understand what problem this was going to solve that we have in Cambridge,” Kelley said at the time. “This just doesn’t seem to be one of them … this is a distraction from [other] stuff we could do.”