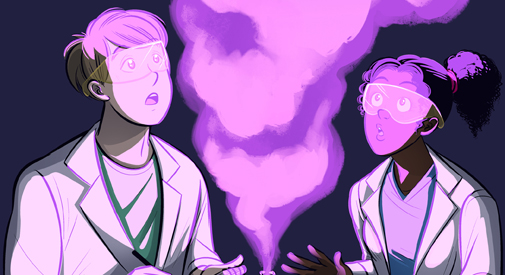 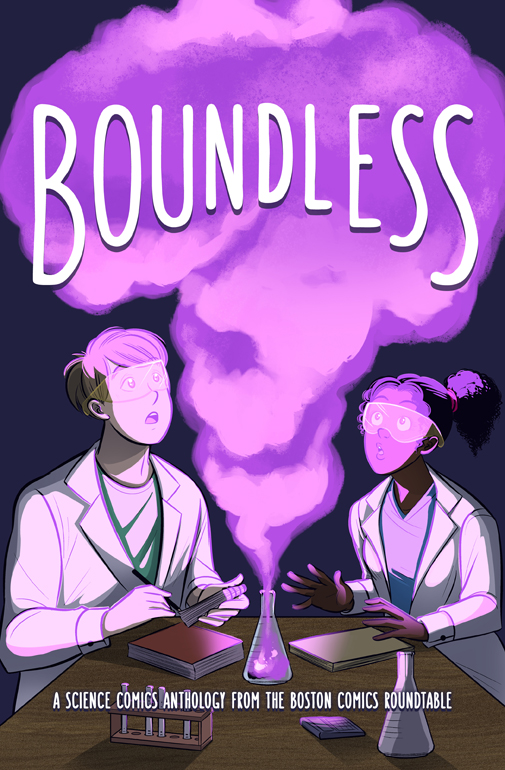 A Boston Comic Roundtable anthology on the wonders of science has far exceeded its crowdfunding goal – overshooting the $8,000 the editors asked by nearly $6,500 with about a week to go in the campaign – and locked in more than 600 buyers long before the book is due to premier at the August Comic Con in Boston.

“Boundless,” which is being produced and published by the Cambridge-based Boston Comics Roundtable, promises more than 200 pages of more than 30 different pieces by nearly 40 artists and writers on topics ranging from dark matter and relativity to a step-by-step, appealingly gruesome look at how Phineas Gage survived getting an iron bar shoved through his skull in 1848.

The editors at the nonprofit Comics Roundtable, Neil Johnson, Olivia Li, Heide Solbrig and Jordan Stillman, set the $8,000 goal with the intention of paying contributors $10 per page, with artist and writers getting increasingly more as stretch goals were hit. Over the course of a few days in late May, aided considerably by a writeup on the Gizmodo science and pop culture site, the editors were able to bump up the pay several times. Surpassing $14,500 means the creators will earn $30 per page, the editors said.

“As a volunteer-based, not-for-profit organization, we don’t have very much funding,” Stillman said, explaining why the group was turning to crowdfunding for the first time in its decade of existence.

The experiment was a success.

“We are absolutely amazed,” the editors said in late May. “This has been an amazing experience and it’s not over yet.”

The anthology, called a “love letter to science,” can be supported until 10:01 a.m. June 10 at Kickstarter.