‘De Palma’: Director’s seen it all, tells all, and gives Hollywood an extreme close-up 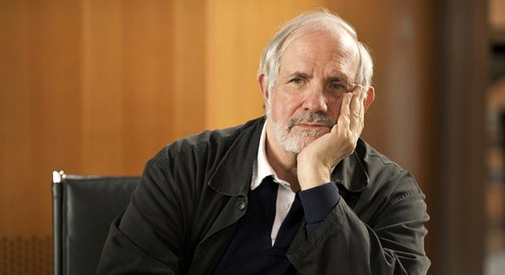 ‘De Palma’: Director’s seen it all, tells all, and gives Hollywood an extreme close-up

Brian de Palma’s career has been a veritable yo-yo of highs and lows. It’s also seen some remarkable revisionist appreciation for curios meagerly received at the time of their release that years later became warmly embraced, with some even ascending to cult status – “Blow Out,” “Scarface” and “Body Double” to name a few. In “De Palma,” filmmakers and acolytes Noah Baumbach (“The Squid and the Whale” and “Frances Ha”) and Jake Paltrow (Gwyneth’s bro) do a fond rewind of the storied director’s life and works, sawing through each film – one at a time in chronological order – to get the suspense-thriller auteur’s perspective on process, politics and the fine line between masterpiece and disaster. 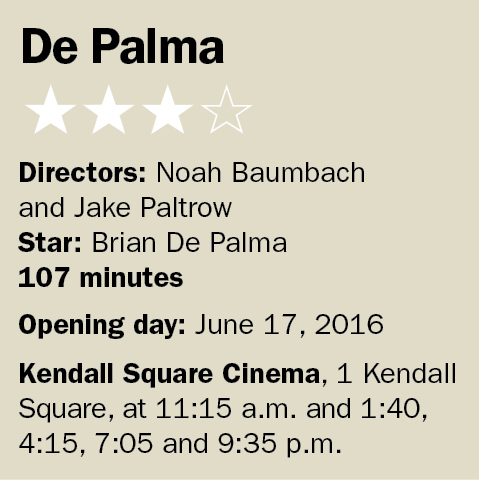 If you’ve never been a fan of De Palma and his blood-splattered output, you’ll at least walk away with respect for the man. He comes off as amiable raconteur and possessor of a huge heart for the filmmaking process, warmly putting his arm around you to go behind the scenes and see the tricks of the trade and taxing challenges of the mega egos and dollars involved. Of De Palma’s early works, Baumbach and Paltrow home in on the Robert De Niro projects “Greetings” (1968) and “Hi, Mom!” (1970) that gave the “Taxi Driver” and “Raging Bull” actor his start. Noteworthy too, from his New York-era roots, are the young director’s mercurial relations with Tom Smothers, then a political hot potato for his views on the Vietnam War, and a line-forgetting Orson Welles on the set of “Get to Know Your Rabbit” (1972), one of De Palma’s lesser-known early efforts about a disenchanted businessman who gives into his yen to tap dance. The film was a critical “meh” and, as a director, De Palma was light years from “Carrie” (realized as an electric cultural phenomenon just four actual years later) and being lumped in with Steven Spielberg, Francis Ford Coppola and Martin Scorsese as the faces of “New Hollywood.”

The 1973 chiller “Sisters” involving separated Siamese twins – one with homicidal predilections – rightfully gets flagged as De Palma’s turning point. It marked the first of many borrowings from Hitchcock (in this case, “Rear Window”) and the introduction of the director’s signature split-screen technique. The hilarious anecdote about Bernard Herrmann’s aghast reaction to the in-studio playing of his Hitchcock scores (he did “Psycho,” among others) as a means to flatter and entice the feisty maestro to score the film is one of many rich nuggets of reflection offered on the quirky personas of cinematic titans. But Herrmann would go on to score several more De Palma pictures up to his death in 1976, with his last efforts being De Palma’s “Obsession” and Scorsese’s “Taxi Driver.”

Of the hits, De Palma derides Cliff Robertson for being too tan (Trump orange, in fact) and his back-biting efforts to sabotage Geneviève Bujold on the set of 1976’s “Obsession,” and while he holds big respect for De Niro, he admits to being a bit exasperated that the actor he helped discover wouldn’t give his old friend a hometown discount for “The Untouchables” in 1987. There’s also plenty of discussion about the knock-down conflicts between Sean Penn and Michael J. Fox during the filming of “Casualties of War,” (1989) Sean Connery’s unhappiness with being riddled with bullets for “The Untouchables,” the annoyance of Oliver Stone and the bemusement of the second life of 1983’s “Scarface” in rap and video game culture.

The intimate, casually chatty “De Palma” – and De Palma – are also quite forthcoming about his failures, namely “Mission to Mars” (2000) and “Bonfire of the Vanities” (1990), though you can’t help but feel a sense of collusion between the filmmakers and their subject to not probe into certain wounds (“Snake Eyes” from 1998 or “Passion” from 2012) or why the director’s efforts have been relatively subpar since collaborating with Tom Cruise on the first “Mission: Impossible” film in 1996 (the tales of dealing with dueling screenwriters Robert Towne and David Koepp in opposite hotels and the heavy studio hands give a telling look inside the juggernaut of egos and complications that face who’s behind the lens and in charge of tying the chaos together). De Palma briskly cites age, which may seem like a bit of a copout, but you come to understand that a certain level of energy, talent and moxie is required just to get a film in the can, let alone have it be something view-worthy.

By the end, what registers is something more than just a trek through a filmography – though it will make you want to stage your own mini film retrospective. It’s a portrait of a man in full, his wisdom, his trials and his triumphs. It becomes so deep and endearing and revealing, it makes you hope the constant perpetuator of all things Hitchcockian has few more highs left in his bag.