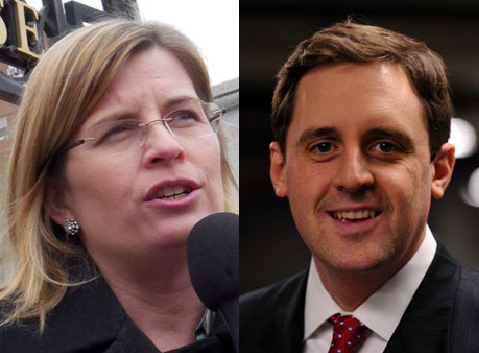 From the Environmental League of Massachusetts Action Fund, July 11, 2016: Two Democratic state representatives were endorsed for reelection Monday by the Environmental League of Massachusetts Action Fund: Marjorie Decker, in the 25th Middlesex District; and Jay Livingstone, in the Eighth Suffolk District. The Action Fund called the endorsements a credit to their work in the Legislature on behalf of the environment in the past two years.

With critical issues of energy policy and environmental protection being debated in the Legislature, the leadership of the Action Fund said it was important to return proven environmental champions to the House.

Decker has been “a supporter of the development of the solar energy industry in Massachusetts and been a strong voice in the effort to have a phased-in divestment of the state’s pension fund from fossil fuel companies,” and Livingstone also had “a strong track record of leadership on environmental issues.”

In the Democratic primary coming Sept. 8, Decker – first elected to the House in 2012 to represent central Cambridge – is running against Lesley Rebecca Phillips, of Cambridge; Livingstone – a Bostonian first elected to the Eighth Suffolk District in June 2013 – is running against Keith Richard Anderson, also of Cambridge. The Eighth Suffolk covers southeastern Cambridge, along the Charles River, and Boston’s Back Bay and Beacon Hill neighborhoods.

The Action Fund helps pass laws that protect the environment, holds elected officials accountable and works to build the political power of the environmental community. This fall, it will be working to educate and mobilize voters in key legislative races across the state. To support this work, it has created an Independent Expenditure PAC and State PAC to help elect candidates.

Last fall, the ELM Action Fund and national League of Conservation Voters launched an affiliation and aggressive plan to flex policy muscle in Massachusetts. The groups have backed pro-environment state lawmakers in special elections, begun rolling out its “dirty dozen” lawmakers with the lowest environmental ratings and continued advocacy on key issues.