‘The Light Between Oceans’: A child arrives, with plenty of heartbreak before and after 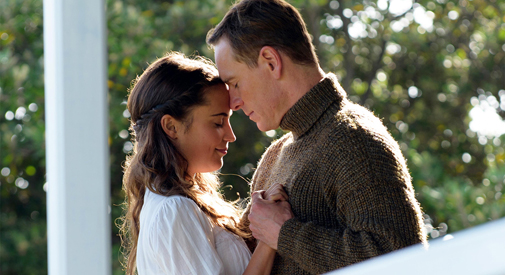 ‘The Light Between Oceans’: A child arrives, with plenty of heartbreak before and after

Derek Cianfrance generated heaps of good will and a place as one of the most intriguing directors working with his first two films, the emotional bruiser “Blue Valentine” and small-scale epic “The Place Beyond the Pines.” The four-year wait since his last project led to high anticipation for his latest, the sweeping melodrama “The Light Between Oceans.” Unfortunately, it has performances as strong as those in “Valentine” without the clearly defined backstory that made the disintegration of that relationship sting so harshly, and the lush photography of “Place Beyond the Pines” without the emotional depth. The film, despite its unquestionable beauty, is nothing but a skeleton of a great and timeless romance. 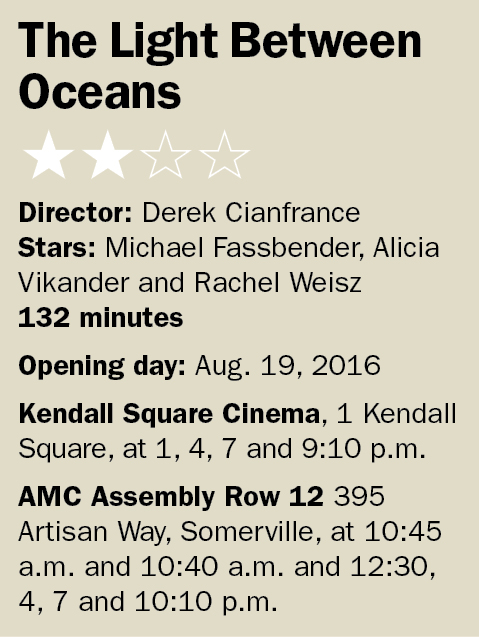 Tom (Michael Fassbender) is a World War I veteran in search of a job that will keep him isolated and give him time to work through his trauma and survivor’s guilt. Assigned to running a remote lighthouse miles from the coast, his plans of living alone are soon interrupted when he meets Isabel (Alicia Vikander), a spirited young woman dealing with her own pain from the war. The two marry and create their own happy, hopeful world. After two devastating miscarriages, Isabel is in a depressed state when a boat washes ashore with an infant inside, as well as a body, presumably the father. Isabel convinces Tom to let them keep the child and they raise her as their own – but things get messy down the line when Tom realizes Hannah (Rachel Weisz), the child’s biological mother, is still alive.

We feel Isabel’s pain over the loss of her child, which is presented so evocatively and viscerally. Her animalistic reaction to the realization of another miscarriage is appropriately brutal, with Vikander wearing abject horror at the knowledge something is wrong masterfully on her face. We sense true affection between her and Fassbender; their relationship is built up effectively in the opening 45 minutes as we watch them from meet from afar and drift closer. Their love, their heartbreak, their deep sense of pain and loss, it’s all set up with a strategic eye to detail and cinematography that paints the faces of its leads as attentively as it does the many shots of never-ending seas and island homes that could’ve been stripped directly out a fairytale.

Vikander and Fassbender make for an appealing onscreen pair, with palpable chemistry, and Weisz is always a welcome onscreen presence, making a third-party character dynamic despite coming in relatively late to the film. Alexandre Desplat has conducted yet another all-consuming score that, separated from the film, would still be a masterwork; Adam Arkapaw’s cinematography, along with Cianfrance’s direction and eye for beautifully composed shots, means that almost each and every frame is worthy of a still piece of art.

But there’s only so many times we can sit in wonderment over the latest stunning shot (Vikander laying her head in the grass, with her eyes peering out behind a blade of grass, is a particular quiet highlight) or take in her emotive powers before we start feeling as if she’s doing nothing that hasn’t already been done five times – there are quite a few tears, most falling as single, dramatic drop – in a film with a script that is overlong, thinly stretched and confused by whose story it wants to actually tell. Regrettably, the film pushes the limits of the audience’s patience with two characters who are perfectly likable at the start but grow unsympathetic by the halfway mark, hardly helped by the film pushing most scenes longer than they need to be. Cianfrance was perhaps too keen on keeping the film adaptation similar to the original novel, making for a slow, meditative and, quite frankly, narratively dull film that makes for a tedious cinematic experience. We leave feeling we’ve just seen a three-hour film, and it’s only two.

Other than that, by the end we feel nothing.We can understand perfectly and appreciate what emotions we should be experiencing and why, but there’s nothing but superficial surface drama to walk away with.

It’s a pretty film and well acted, but neither can save “The Light Between Oceans” from being a disappointment.