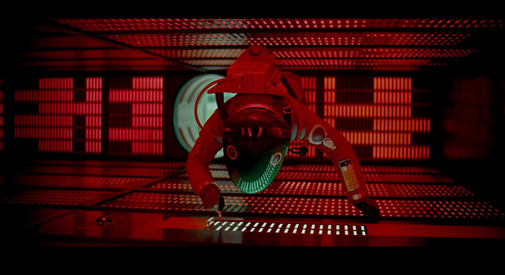 Starting Friday and running through Sept. 25, projectionist David Kornfeld and the folks over at the Somerville Theatre are kicking off their first 70mm & Widescreen Film Festival, showcasing some of the all-time-classics in their native format. If you weren’t aware, Quentin Tarantino shot “The Hateful Eight” in 70mm Ultra Panavision format (film, not digital, which is what’s almost exclusively used these days) and mandated its initial release on the celluloid projected format it was shot in for two weeks before going wider in a transferred digital format. Problem was, there were only about a dozen theaters in the country that had the ability to project that format – two here in Boston: The Coolidge Corner Theatre and Somerville.

Because Tarantino and The Weinstein Co. had targeted 100 theaters for that full “roadshow” rollout, an extensive projector restoration project – most of it done here by Boston Light & Sound – was undertaken to get the needed projectors to the selected theaters. I saw the film in both formats (digital and 70mm Ultra Panavision) and wasn’t prepared for the stark difference.

The point here being that the widescreen format, with its deeper degree of depth, panoramic scope and opulent color contrast, can be aesthetically breathtaking, yet since the advent of digital, it’s gone largely by the wayside.

Among the big-screen festival’s lineup, look for three perennial top 10 gems from the 1960s: “Lawrence of Arabia,” “The Wild Bunch” and “2001: A Space Odyssey” – cinematic experiences that should be seen only in a widescreen format. Closer on the timeline there’s “Interstellar” from director Christopher Nolan of “The Dark Knight” and “Inception.” And for kids on Sunday, there’s Disney’s  “Sleeping Beauty.” Over in the curio bin, the program includes some neat change-ups: “Star Trek: The Voyage Home,” “Tron” and “Silverado.” There’s pretty much something for everybody.

Complete festival passes run $200, but individual tickets can be bought online or at the box office for $15 or less. Before screenings, Kornfeld, a film exhibition perfectionist and something of a cinema history fact machine, usually shares details about the copy of the print about to be shown and neat factual nuggets about the odyssey and challenges the filmmakers faced in getting the film made.