No CambridgeSide Apple Store shopping until spring, but new design will be bigger 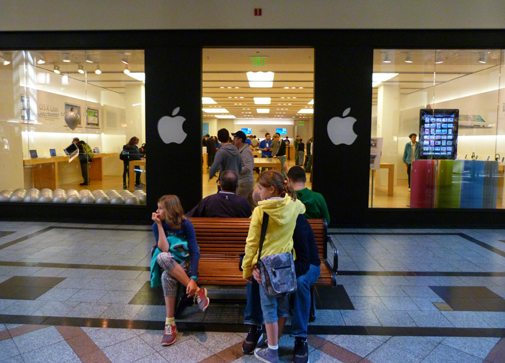 No CambridgeSide Apple Store shopping until spring, but new design will be bigger

Apple isn’t just renovating its store in the CambridgeSide Galleria mall like it did eight years ago – it’s moving into a bigger space, and it won’t be open again until spring, mall management said.

The computer company shut down the store Aug. 28, making it a seven- to nine-month stretch that buyers of Apple products have to make it across the river to the Boylston Street store for service or hands-on shopping. But actual renovations are only just beginning on the new space, as the Apple Store and next-door CVS pharmacy switched their identically sized spaces on the mall’s lowest level, mall management said. CVS has just wrapped up construction and reopens Sunday.

But Apple is also taking over the adjacent storefront, once occupied by a Roster sportswear shop. Adding Roster’s slightly smaller space doesn’t quite double the size of the Apple location. 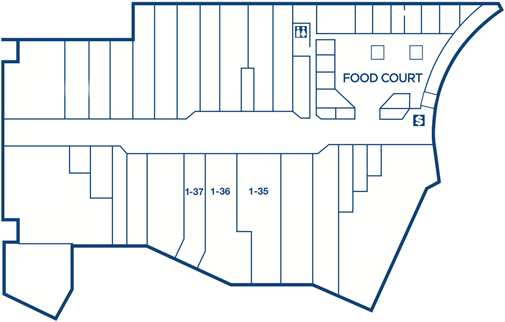 The mall’s CVS was in its 1-36 space, but has moved into Apple’s old space at 1-35. Apple has taken over CVS’ space and is adding 1-37, which was once occupied by a Roster sportswear shop.

“It is bigger,” said Melissa LaVita, marketing director of the mall, on Thursday, but she was unable to say exactly how much bigger, deferring questions to Apple publicists.

Apple is moving to make many of its stores bigger – it has 490 retail stores, with 269 of them in the United States – as it revamps its philosophy to de-emphasize pure retail and focus more on the experience and environment, with more classes and events held in a “forum” and a “boardroom” where members of Apple’s Business Team will offer advice and training to small-business customers. The changes have been widely discussed in tech media.

Company figures say the stores attract more than 1 million customers per day around the globe and that in the United States, no retailer beats Apple Stores for sales per square foot. But fewer devices are selling, and retail itself is changing as the Internet and package delivery evolves.

Some Apple Store uses will be familiar even after the update, though: Products will be arrayed in a seasonally changing display called “The Avenue,” and the Genius Bar will be converted to a “Genius Grove” where help is dispensed under indoor trees.

“We want to be more like a town square,” Angela Ahrendts, Apple’s retail chief, has said. Even the term “Apple Store” will fall away as the company converts about 5 percent to 10 percent of its locations each year, with about 30 being complete by last summer as CambridgeSide closed. The flagship store in San Francisco, for instance, went from being the Apple Store in Union Square to being “Apple Union Square,” with a design that opens to the street and a 24-hour public gathering space with free Wi-Fi.

Plans in East Cambridge also call for more space, which is why Apple couldn’t just refurbish its existing store. After opening Dec. 16, 2001, as the company’s 27th store, the location closed for just 11 days starting May 11, 2009, for its previous airy update – quite a difference from what the store is undergoing now.

“I’m sure it’s going to be quick,” a mall management employee said this week. “We’re counting on it.”

The location that was renovated before CambridgeSide – the Thousand Oaks, Calif., store – closed in March and reopened Aug. 27, having doubled in size in six months.

A request for for comment has been left with Apple publicists.