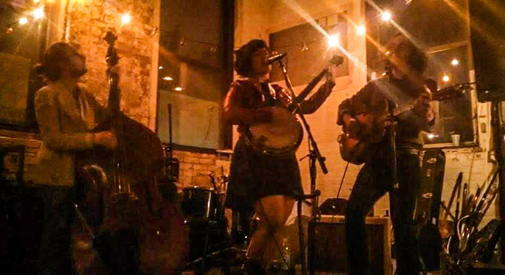 Out of the Blue Benefit Show & Tarot Reading from 8 p.m. Friday to 1 a.m. Saturday at Out of the Blue Art Gallery Too, 541 Massachusetts Ave., Central Square. Admission is $10, which goes to helping the gallery pay the bills. 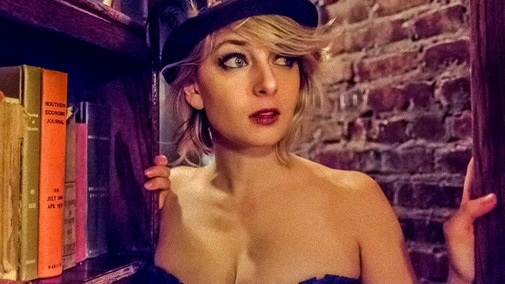 The Poetry Brothel from 8 p.m. to midnight Friday at Oberon, 2 Arrow St., Harvard Square. Tickets are $30 to $75, but half-price access (down to $15) is available via Goldstar Events.

Set up as a decadent fin de siècle brothel like those of New Orleans, Paris and Buenos Aires that functioned as safe havens for fledgling, avant-garde artists, The Poetry Brothel at Oberon hosts poets performing as part of an immersive cabaret with live music, burlesque, vaudeville performers, aerialists, fortune tellers, painters and other acts. The production, by the visiting Poetry Society of New York, promises one-on-one poetry readings in back rooms as well; for a small fee, poets are available for sequestered readings at any time during the event, making words as subversive and sexy as those other acts hosted by brothels. Guest readers include Robert Pinsky and Steph Burt; burlesque beauty Ginny Nightshade will tantalize onstage; and aerialists The Lost Boys of Circus Solaris will be overhead. Information is here. 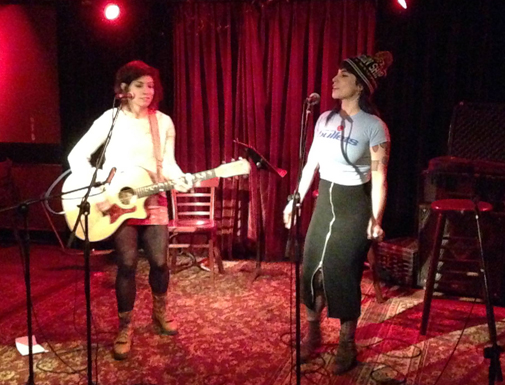 The 17th annual Lizard Lounge Open Mic Main Event from 7:30 p.m. to midnight Saturday (doors are at 7 p.m.) at The Lizard Lounge, 1667 Massachusetts Ave., between Harvard and Porter squares. Tickets are $16 (or $17.55 with the online service fee), but only 50 tickets will be sold in advance; the rest are first-come, first-served at the door.

Around 20 winners of the club’s weekly “LLOMC” Open Mic Challenge compete for a $500 prize and a pretty solid step toward stardom. Host Tom Bianchi and celebrity judges oversees the affair. Information is here. 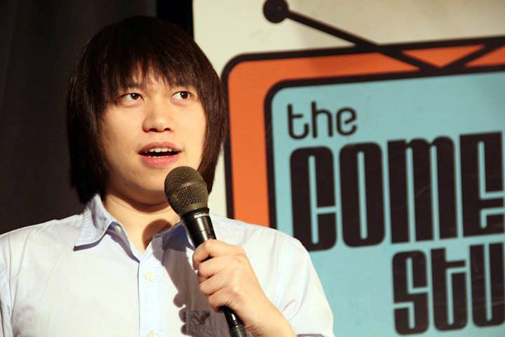 Comedy benefiting the ACLU, including Off-Mic from 8 to 10 p.m. Saturday at Gallery 263, 263 Pearl St., Cambridgeport (with a $10 suggested donation for admission) or What A Joke Boston from 8 to 10 p.m. Sunday at the Liquid Courage Comedy Club at Somerville Brewing, 15 Ward St., East Somerville (with free entrance before 7:30 p.m., and a $5 cover after).

The American Civil Liberties Union – which will almost certainly need it as much as we’ll need them over the next four years – gets the proceeds from both these shows. First comes Mike Lemme and Chris Post presenting the one-year anniversary of Off-Mic, bringing to the stage Terence Pennington Jr.; Laura Severse; Jiayong Li (above); Katie Que; and Mike Whitman. (Beer and wine will be available for purchase.) Next up is the weekly 21-plus Liquid Courage Comedy Club, hosted by C.J. Browne and featuring Christi Chiello. (Guests are able to order dinner and pints before, during and after the show.) 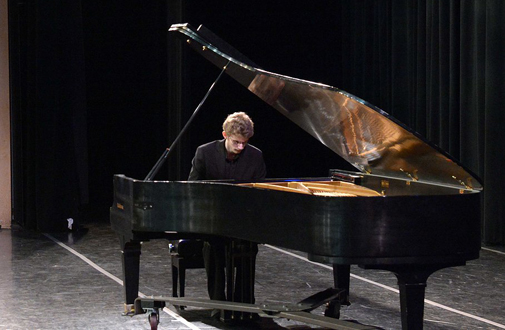 Especially for children, these selections performed by the Cambridge Symphony Orchestra can be a fun introduction to the sounds and styles of the symphony. Camille Saint-Saens’ “Carnival of the Animals,” led by the young pianists Jacob Kline and Nicholas Kniesche (above), introduces families to musical depictions of many animals, from lions and elephants to kangaroos and swans. Then comes Dvořák’s “Carnival Overture,” the spine-tingling “In the Hall of the Mountain King” by Grieg and the annual audience sing-along. After the concert, children are invited to the orchestra’s instrument petting zoo, where they can greet orchestra musicians and try out string, woodwind, percussion and brass instruments for the first time. Information is here.