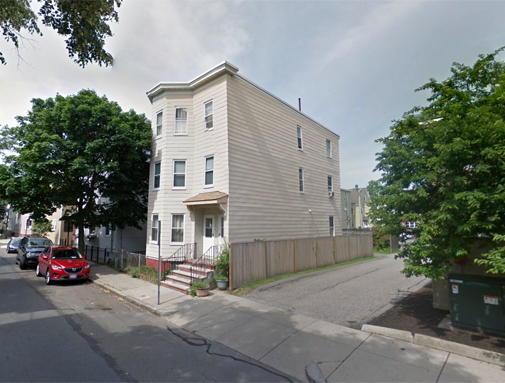 The cause of the 10-alarm fire that broke out at Dec. 3 in the Harrington-Wellington neighborhood has been determined, officials said: “careless disposal of smoking material” by construction workers doing a gut rehab of a three-family home at 35-37 Berkshire St.

The fire started around 3 p.m. at the rear of the building on the left – in and around recycling bins that held construction debris. Along with the plastic bins were scraps of wood, sawdust, containers that held such products as roofing materials, and “all these things contributed to ignition of the fire,” Mahoney said, along with the location between “two relatively close wooden structures.”

The home under construction was “basically a three-story wooden box,” he said.

Investigators were able to uncover the point of origin through “witnesses, photos and additional investigative methods,” according to an initial press release, “despite the significant destruction.”

The fire damaged 18 buildings to some degree – consuming eight entirely, much of it affordable housing – and destroying several cars. More than 100 residents were displaced. Some 150 firefighters from 25 fire departments sprayed 3 million gallons of water, all without loss of life, over the course of the five hours it took to knock down the blaze.

“The investigation, which lasted several weeks, included numerous interviews of neighbors, contractors and eyewitnesses along with the review of photos and videos from multiple sources. The elimination of alternate causes and sources of ignition were part of the investigation,” they said.

As of Tuesday, it wasn’t clear if criminal charges were appropriate, but that investigation remained “open and ongoing,” fire officials said, explaining why they were not releasing names.