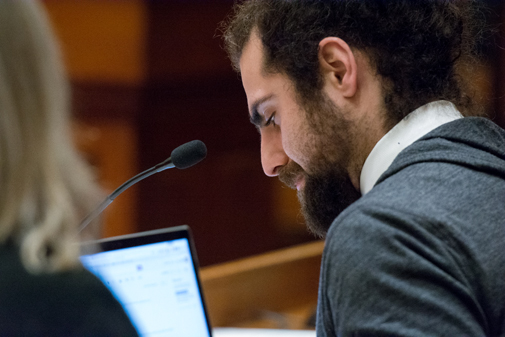 The City Council has quietly scheduled an off-site meeting to set “City Council Goals” for the upcoming term. The meeting does not appear on the council’s online hearing schedule or city calendar and isn’t posted on the council bulletin board in City Hall.

The meeting will be at 2:30 p.m. Tuesday at the Sheraton Commander hotel in Harvard Square, said Sandra Albano, executive assistant to the council.

The goal-setting session, the first since December 2010, will influence city budgets prepared by the city manager.

Nadeem Mazen reminded fellow councillors in a Jan. 4 letter that he’d been nudging the mayor and city manager on the need for goal-setting each quarter and “now believe that frequent reminders are not enough.”

“This is critical work that is very much at the foundation of what we do, and is also very much overdue,” Mazen said, suggesting a last-minute meeting in late January since “the ideal window … the city manager and I both mentioned to the body” had been missed in the fall.

The session will be run by councillor David Maher, Albano said. Maher is chairman of the Government Operations committee, as well as the newly appointed president of the city’s Chamber of Commerce. There were no agenda or meeting materials available.

That a meeting date was set was first referred to publicly by councillors during their Monday meeting. Mayor E. Denise Simmons did not respond to questions asked Monday and Wednesday about the goals session, and City Clerk Donna Lopez said “you’ll know when I know.”

According to the strict letter of the Open Meeting Law, the city council could wait until noon on Friday to post notice of the meeting.

Councillor Dennis Carlone remarked Monday that he was looking forward to finally being able to set goals, something he had not been involved in since his election in November 2013.

This post was updated Feb. 3, 2017, to use of the name “Sandra Albano” rather than the less-commonly used “Alessandra Albano” version of the name of the executive assistant to the City Council.