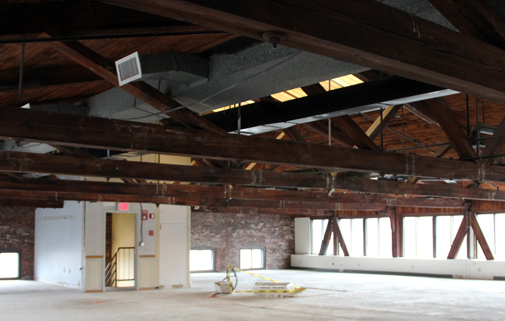 The Foundry building in East Cambridge could be taken on as a development project by the Cambridge Redevelopment Authority.

After a failed attempt by the city to find a developer and manager for the empty Foundry building in East Cambridge, the Cambridge Redevelopment Authority is debating taking on the job itself.

Discussing a “course correction” for the project, Tom Evans, executive director of the agency, suggested an amendment Wednesday to the current approach of selecting a single, private-sector developer. In the new formulation, the authority would manage the project, using funds allocated from the city to select designers and contractors.

“It could be we’re looking more at selecting an operator” to find tenants and manage the building once the project is complete, Evans said.

When this potential change was brought up at the authority’s meeting in February, it engendered significant debate. Many board members expressed concerns about expanding the authority’s role in the project, pointing to a potential lack of autonomy and being caught up in controversy around the project. The board expressed doubt the project would succeed, and indicated the authority might be better off working on a variety of projects, rather than focusing on one.

Discussion Wednesday was more limited, though restraint in the authority’s involvement was suggested again.

The 37,500-square-foot Foundry, at 101 Rogers St., was deeded to the city in 2012 as part of a development zoning deal that specified “a preference for its use for municipal or community uses.”

After years of discussion, the beleaguered project was called to a halt by the authority and sent back to the drawing board Dec. 21 after the redevelopment proposal – there was only one submission – failed in the eyes of many to meet the terms of the zoning deal.

It could take around $25 million to revitalize the East Cambridge building, but only $6 million was set aside in May 2015 – and since the project began, the authority has learned of structural issues with the building, Evans said. In addition, soil testing on an adjacent property has pointed to potential environmental remediation work.

City councillors have suggested they would work to secure additional funding.

Evans said that the finances of the original demonstration project plan “would have to adjust if there’s more public funds going into the Foundry project.”

In finding developers to work with, Evans said, “it’s possible we will go about this project differently than originally planned …We were perhaps overly prescriptive about how this would work” on the first pass.

Evans added that provided there is agreement among the community and city officials, the vision and objectives for the project will remain the same. The project as it was originally envisioned had a “hybridized” nature, which Evans said would not be like “a standalone community center or a library,” but rather, “an innovation center that has a mixture of things going on.” He listed workforce development, creative arts and community-oriented activities as some of the initial goals for the building.

Evans expressed hope that a second pass at the project would be the authority’s last. “Hopefully by having a very overt approval of this vision, and this process, we won’t be changing course again in two years,” he said.