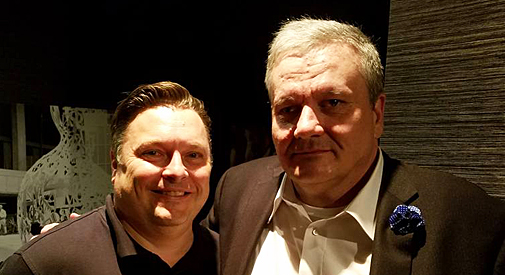 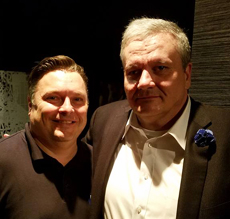 In light of heightened concerns about immigrant issues following the election of President Donald Trump, the city has allocated funds for an immigration coordinator, vice mayor Marc McGovern announced Friday.

The coordinator will work as part of the Human Rights Commission “supporting documented and undocumented immigrants in the Cambridge community,” McGovern said.

Called an outreach and referral specialist in the upcoming municipal budget, the coordinator will provide information and referral services for walk-ins and call-ins, screening their needs to determine what resources the city or local nonprofits may have to help them, and making referrals to the appropriate places, City Manager Louis A. DePasquale said. The specialist will also do outreach about services and programs “through mosques, churches, community organizations, public housing events and community events.”

Anxieties among immigrants across the country have grown since Trump’s election, which followed a campaign filled with claims about cracking down on undocumented immigrant populations and withdrawing federal funding from sanctuary cities.

The creation of this position is just one element of the city’s response to these threats. The City Council has already passed orders affirming Cambridge’s status as a sanctuary for undocumented immigrants, providing other resources for this population and exploring a municipal ID program.

Nature of the role

The new position would replace the role of liaison for immigrant affairs announced in February, which operates out of McGovern’s office and is filled on a volunteer basis by resident Emmanuel “Manny” Lusardi – also a founder of the recently formed Immigrant Advocacy Group of Cambridge with resident Sylvie de Marrais.

Lusardi said he lobbied for the paid position along with McGovern and city councillor Nadeem Mazen. “I am overjoyed by this news,” he wrote. “I have the utmost faith that our city will find a qualified individual to fill this important post.”

Though Lusardi imagined an immigration attorney would be the best way to fill the role, the coordinator will not necessarily be a “lawyer on speed dial,” as mentioned by councillor Jan Devereux in a February discussion of resources. According to Mazen, the coordinator “isn’t going straight for the legal advice, they’re going primarily for the referral to existing legal defense, legal advice and legal aid practitioners. This position is not really described as living at a desk, but living in communities and seeking opportunities to make more connections.”

McGovern added in an emailed statement, “I don’t feel that the person needs to be an attorney, but rather someone with experience navigating a complex system.”

The job posting has been drafted and will go out soon, Mazen said. The position is “at a good wage, 30 hours a week, benefits, and I bet we’ll see this in the next couple weeks.”

The coordinator will have a $50,000 budget at their disposal, Mazen said.

Lusardi, whose immigrant advocacy group also helped remind the city that it had committed to creating a similar commission a decade earlier but never acted on it, said he was impressed to see how much a citizen could accomplish with the help of like-minded city officials.

“It’s because that kind of impetus and openness and productivity exists in the city of Cambridge that we will continue to see a lot of really good low-hanging fruit come into implementation and not just sit out there on the vine or in some residents’ heads,” Mazen said. “People should understand that this is the type of city that they live in, that they are welcome to engage in that type of brainstorming and advocacy, and that the city both as policymakers and as administrators, are listening.”