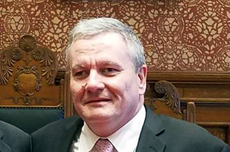 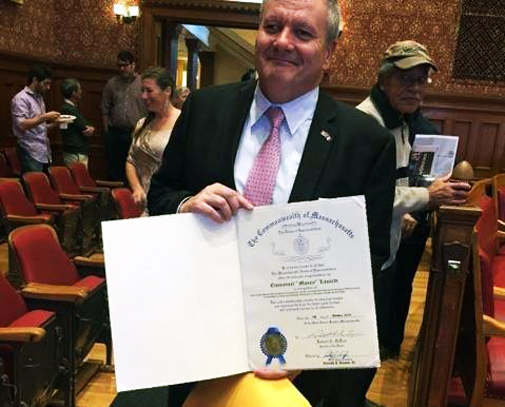 Longtime resident, activist and advocate for immigrant rights Emmanuel “Manny” Lusardi has been named liaison for immigrant affairs to the office of vice mayor Marc McGovern – putting the retired businessman at the center of the most controversial national issue facing Cambridge, a sanctuary city with a significant number of foreign-born residents suddenly under increased federal scrutiny.

Lusardi “will be the go-to person for documented and undocumented residents who need help and advocacy,” McGovern said in a Tuesday press release about the position and appointment.

It  followed a Monday rally at City Hall where city officials repeated their vows to keep Cambridge a diverse and welcoming environment for all, including undocumented immigrants fearing newly restrictive and punitive policies from the Trump administration.

“Commitments and statements are important in reminding people who we are what we stand for, but people will need more than statements. They will need real, on the ground help,” McGovern said. “People are going to need help navigating services, legal help, housing help, emotional and physical support. Manny is the perfect person to fill this role.”

“I want any immigrant who is scared or struggling to know that they have our support,” McGovern said.

Lusardi has been at the center of immigrant issues in the city for years, speaking repeatedly as the City Council wrestled with replacing the city’s Columbus Day holiday with an Indigenous Peoples Day and in efforts to get more political representation for the city’s foreign-born residents and support for those outside the country, including raising money and finding equipment to donate to Syrian refugees in Europe. (He has also been recognized formally by the city for his work advocating for the disabled and elderly population, especially in public housing.)

Last summer, Lusardi led the formation of an Immigrant Advocacy Group, apparently forcing the city’s recognition that a council order had called for the creation an 11-member volunteer Commission on Immigrant Rights and Citizenship in April 2006 – an order that had never been enacted by the City Manager’s Office. Now the commission is in place, led by the executive director for the Cambridge Human Rights Commission, Nancy B. Schlacter, to coordinate and simplify municipal resources for immigrants.

Lusardi is known by immigrants throughout the city for his work, and was even at Logan Airport with a group the night before the Trump administration’s travel ban went through  Jan. 27, picking up a teen who 24 hours later would have been barred temporarily from joining his family.

“My goal is to help those who are under attack by these recent actions out of the White House and to help advocate for them and connect them with services in the community and to help lessen their fears,” Lusardi said. “I’m honored to be named to this position and have the city’s trust in me to support this vulnerable population.”