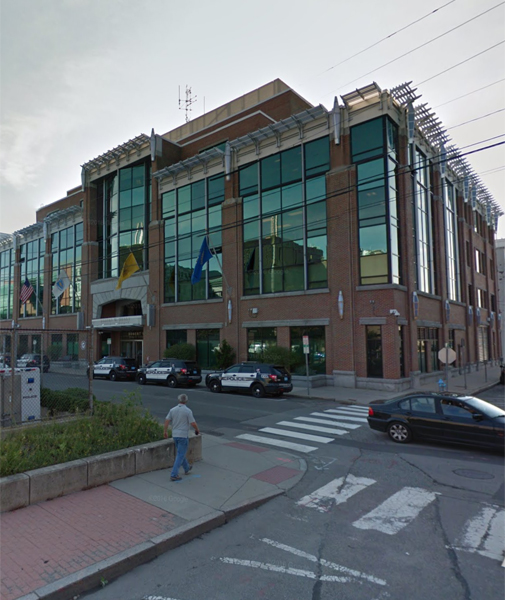 Cambridge is proud to be a “sanctuary city” for immigrants – it’s on a federal list of communities that don’t honor requests to detain undocumented immigrants in police custody. But the police department’s actual written policy gives officers more leeway than some realize to cooperate with Immigration and Customs Enforcement officials.

The policy also appears to conflict with a June 2014 order by the City Council taking the position that police should not accede to ICE requests to detain an immigrant unless there is a “criminal warrant” for the immigrant or there is another “legitimate law enforcement interest” that does not concern immigration.

Questioned about whether the policy comports with the city’s sanctuary city stance, Councillor Nadeem Mazen said he is meeting with senior police officials and City Manager Louis A. Pasquale on Friday about the issue. “My understanding is that sanctuary city policy is supposed to guarantee not complying [with a request from ICE] unless there is a violent crime,” Mazen said.

The police department may be following this practice even if the written policy suggests otherwise, he said.

The issue of local response to federal immigration “detainer” requests has added prominence because of a lawsuit under consideration by the Supreme Judicial Court, the state’s highest court.

When the federal agency learns of an undocumented immigrant in the state or local justice system who is about to be released from custody, it can ask local officials to hold that person for up to 48 hours longer so agents can arrive and pick up the person before he or she is allowed to go.

Immigrant advocates who filed the lawsuit on behalf of a Cambodian man who was held in Boston after his unarmed robbery charge was dismissed say such detentions are illegal if the only reason is immigration issues. In effect, the detentions amount to arresting someone without protections required in state law and the state and federal constitutions, they contend. Federal lawyers say the requests are just that – requests – and local officials have the authority to cooperate. Cambridge is not a party to the suit, but if the justices rule that local and state officials who go along with the requests violate the Massachusetts and U.S. constitutions, the city’s policy may not be legal.

Harvard University law professor Philip Torrey, managing attorney for the law school’s Immigration and Refugee Clinical Program, which filed a brief in the court suit, said a “quick look”  at the written policy “suggests that there are circumstances when the Cambridge police may hold someone” only because of a federal detainer request. “I believe that if the Cambridge police, or any other law enforcement agency, is holding someone solely pursuant to an ICE detainer that such an action is unlawful,” Torrey said in an email message.

Proposed state legislation supported by immigrant advocates and the entire Cambridge delegation to the Legislature, called the Safe Communities Act, would also prohibit such detentions. And it would bar police from informing bail magistrates of the existence of a detainer, something the Cambridge police policy not only allows but requires.

In contrast to Cambridge, the Middlesex County Sheriff’s office said it complies with “existing federal court decisions that have ruled detainers issued by ICE officers do not contain the necessary probable cause to hold an individual beyond a court-ordered release date.” A 2014 ruling by the First Circuit Court of Appeals, in the case of a Rhode Island naturalized citizen who was held twice on erroneous federal detainers, found that the federal agency had no authority to issue them.

The statement said the sheriff’s office hoped a decision in the court case “will provide clarity under Massachusetts law and ease some of the confusion created in recent weeks.”

Police department spokesman Jeremy Warnick said the department has received nine detainer requests from ICE since 2013, including two last year. There have been none this year, he said. Police did not detain the suspects for the federal agency, because they were not about to be released – “all nine were either held on warrants, bail or no bail status by the bail commissioner,” Warnick said.

“Our policy would be adjusted depending on the ruling” in the SJC case, Warnick said. “It is something that we’re closely monitoring.”

Warnick could not immediately respond to questions about the legality of the policy. In 2014, then commissioner Robert Haas responded to the council order with a letter describing the policy and denying that it allowed immigrants to be held solely because of an ICE detainer.

But Haas said that “hypothetically” a person arrested over the weekend and who made bail might be held solely because of a detainer until the next court session.

Still, “In many respects, the practices of the department goes beyond the scope of the City Council order, and there have been safeguards built into our process that are designed not to jeopardize the trust that the members of the department have worked so hard in achieving,” the letter said.

Cambridge and other local police agencies have worried that federal crackdowns on undocumented immigrants will discourage immigrants from reporting crimes and cooperating with police. The Cambridge police policy says the department will not investigate alleged immigration violations or routinely ask for citizenship status and won’t work with ICE except “when formally requested as part of an ongoing criminal investigation” or in “serious situations” that concern public safety or national security.

Warnick said police have worked with the Human Rights Commission to allay concerns about police treatment of immigrants. Officers have also participated in community sessions explaining immigrants’ rights and discussing “policing in a sanctuary city,” he said.

The department has a flier headed “What It Means to Live in a Sanctuary City” that will be translated into “multiple languages” and distributed in an annual door-to-door outreach campaign this month and next month, Warnick said.

This post was updated April 7, 2017, with Jeremy Warnick’s comments on a pending court ruling.