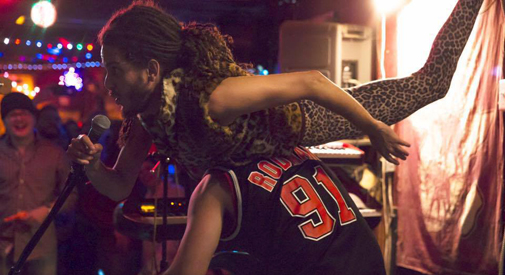 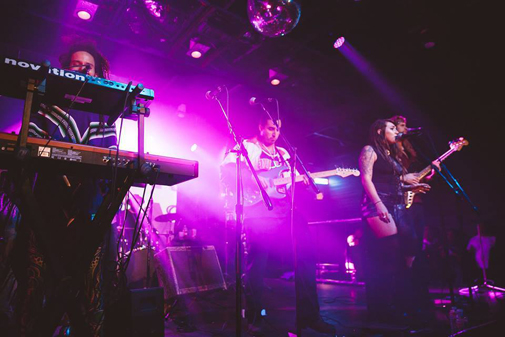 Bourgeois Mystics, Primal Static and Of The Sun from 8 p.m. Friday to 1 a.m. Saturday at Out of the Blue Art Gallery Too, 541 Massachusetts Ave., Central Square. Admission is a minimum donation of $10.

Austin invades, led by an “art funk” band called Bourgeois Mystics – including Cambridge native Zárate Zaaló, also known as singer and keyboard player Squiggly Finesse. The troupe’s theatrical vibe is perfectly in sync with local art rock collectives such as Bent Knee and Walter Sickert & the Army of Broken Toys. With the band touring behind debut album “Eureka!” people nationwide can experience the band’s witty lyrics (sung in various languages, including French and Hindi) and electrifying live performances. Accompanying them are Primal Static, fellow Austinites that combine blues and electro; and the painted psychedelia of Boston’s Of the Sun. Information is here.

Start with some morning music and body percussion, enjoy a welcome from actor John Lithgow and the Harvard University Band and then wander among 11 stages for music, dance and other offerings around Harvard Yard – more than 100 performances in all, not to mention the “Make Art” stations offering attendees opportunities to engage in activities such as figure drawing; wheel-throwing ceramics; acting Shakespeare; folding origami; and bug-building (sculptures inspired by real specimens from the Harvard Museum of Natural History). A performance fair schedule of events is here. A map of performance spaces is here. 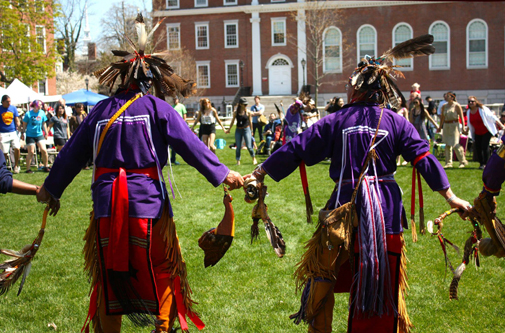 Annual Harvard Powwow from 1 to 6 p.m. Saturday on the Harvard Quadrangle, between Garden and Walker streets and Linnaean and Shepard streets, north of Harvard Square. Free.

Celebrate indigenous peoples at this Harvard-hosted annual powwow, led by a committee of Native American students from the college and graduate schools and featuring singers, artists and dancers from the Harvard community, Greater Boston and from tribes across the United States and Canada. The grand entry is at 1 p.m. Information is here. 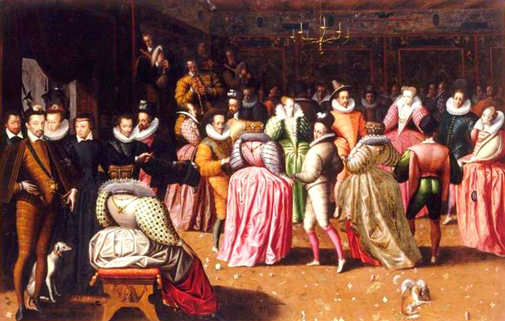 A Sunday of Early Music starting at 2 p.m. at Aeronaut Brewing, 14 Tyler St., near Union Square, Somerville. Free, but donations are welcome.

It’s an atypical venue, but the real deal: The Ken Pierce Dance Co., graduate students at the Longy School of Music of Bard College, Seven Times Salt early music ensemble and others are coming to this richly programmed brewery to perform authentic 16th century music (quodlibets, anyone?) and dances – which had to be reconstructed from period treatises – as well as some rollicking Commedia dell’Arte theater and, later, a fusion of early music with contemporary folk. The music ranges from somber recorder tunes to bawdy alehouse doggerel. Information is here. 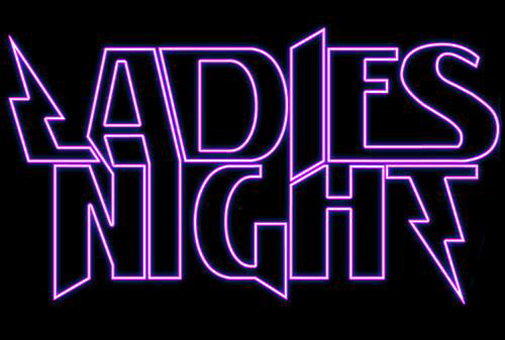 Ladies Night Adult Folktale Telling from 7 to 9 p.m. Sunday at The Center for Arts at the Armory, 191 Highland Ave., Somerville. Free, but the event is 18-plus.

Beltane is the fertility-celebrating eve that leads into May Day (it’s when “the sexuality of life and the earth is at its peak,” according to one online resource), and the local Adult Folktale Telling group is honoring it by imparting some uncensored traditional tales about women (and calling for more tales from participants). “Wondrous women, garrulous girls, funny fairies, strange and mysterious and magical ladies of all kinds” are promised and more folktales, legends, myths, Bible stories and jokes about favorite females are sought. Dinner and drink are available at the Armory’s cafe. Information is here.