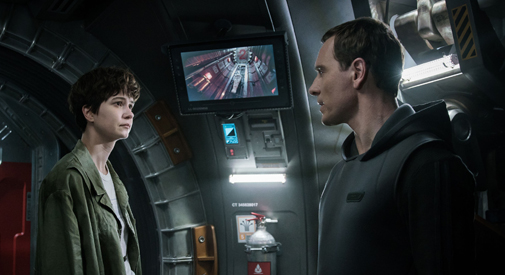 In Ridley Scott’s followup to the divisive 2012 “Prometheus,” a prequel to the much-lauded science fiction classic “Alien,” he attempts merging the two films’ polarizing sensibilities with awkward results, making for an experience that’s restlessly soulless, predictable and frustratingly dumb. 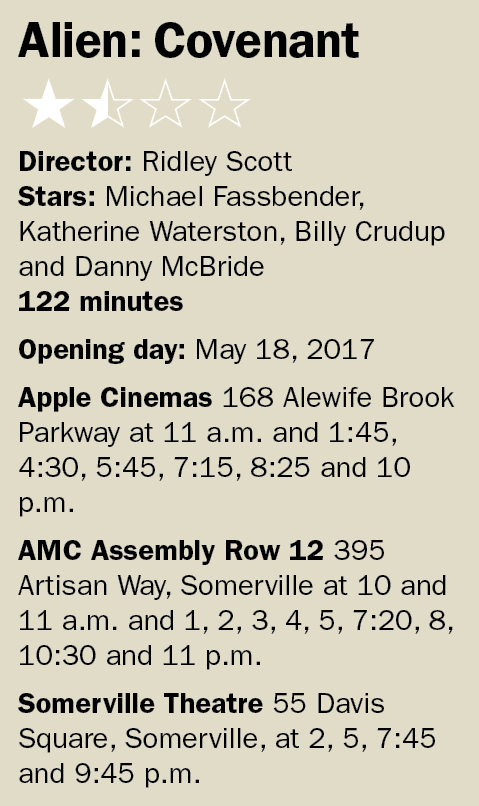 The plot of “Alien: Covenant,” like the “Alien” films before it, begins with a space crew in cryogenic sleep, this time looking to colonize a planet. Again they are awakened and alerted to a distress call from a nearby planet. Since all characters in rescue missions gone awry need to be borderline idiotic, they answer it. We play along because the visuals are pretty, and because we’re awaiting the much-featured back burster incident from the trailers. Once that’s all over with, though – it happens within the first third of the film – all excitement drains from the picture and we’re left with yet another stranded crew, a synthetic who believes humans are foolish despite being his creator, and a heck of a lot of xenomorphs of all sizes that have become increasingly cartoonish since their inception.

Michael Fassbender comes the closest to saving this film from itself, but even his dual performances as androids David (from “Prometheus”) and Walter can’t distract from its contrived nature. The rest of the performers fare worse. This isn’t because Fassbender has the luxury of better writing on his side, as Walter and David swim in same well-churned, murky waters of science fiction’s obsession with artificial intelligence. This isn’t to say using familiar themes is bad – cinema is built on the familiar – but it’s done so vaguely that we’re left asking unnecessary questions.

Carmen Ejogo and Demián Bichir are wasted despite their considerable talents, while Billy Crudup and Katherine Waterston flounder in the action-packed film, the latter clearly poised to be a Ripley type (Sigourney Weaver’s character from the first three “Alien” films) but not even amounting to Noomi Rapace’s Elizabeth Shaw (from “Alien: Prometheus”).

Nihilistic and employing carnage and cruelty without earning the moments where spines rip in two or loved ones die in hellish agony, Scott ups the ante for everything we’ve learned comes in an “Alien” film without ever actually increasing the quality of writing. He plays the pseudo-intellectual card with high and mighty philosophical questions that ring hollow, though scribes John Logan and Dante Harper got there first, trying to stitch together musings and gore into something resembling a “thinking man’s blockbuster.” The writing becomes lost in spectacle.

There is a saving grace: Dariusz Wolski does tremendous work with the cinematography, capturing everything from David’s makeshift, cavernous underground laboratory to the barren world stunningly, as well as flashbacks to what happened when Shaw and David first landed. It’s a beautiful film, one that may have gone down better had the dialogue taken up less time. In fact, the technical aspects are almost universally the highlights; the exception is the score by Jed Kurzel. Alone and separated from the film Kurzel’s work is delightful – but it’s a complete tonal contrast to what’s onscreen, and a note too close to becoming the opening theme of the original “Star Trek” series.

Fans won’t be disappointed; Scott has mashed everything that’s ever been nitpicked or celebrated in the series into one, messy film. But on the whole it feels hollow, the soul of the 1979 original and the (misguided) enthusiasm of “Prometheus” completely stripped from the end product. Running at just over two hours, it took only a half-hour before this critic was counting down the minutes until the end credits.