MIT may succeed in killing Senior House, risking both reputation and student health 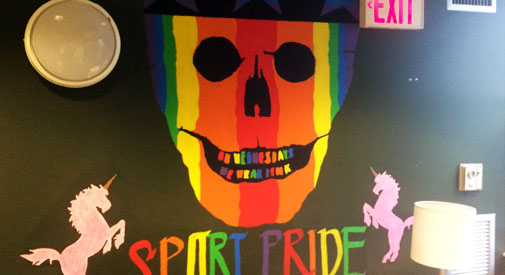 MIT may succeed in killing Senior House, risking both reputation and student health

True to their promise, students from the Senior House dorm are continuing to protest changes being forced by Massachusetts Institute of Technology administrators. On Monday they prepared a sleep-in outside the president’s office, an escalation from the sit-in that took place Friday.

But as much as the students should get the hearing they deserve and the outcome they want – for their dorm to be allowed to exist as the same eclectic, supportive, artistic community it has for decades – there’s a strong indication they will not get justice. MIT shows every sign of having made a decision it will not back down from. Its administrators seem to have done something all too common these days: Come up with the conclusion first and worked backward to support it.

That’s not a good reputation to engender at a school full of scientists and engineers.

But among the signs: The data cited in support of the decision are sloppy enough that they wouldn’t merit a passing grade as MIT coursework, but the administration doesn’t bother to defend the work. An official statement cites “nearly a year of engagement involving students, faculty, staff and alumni,” yet every decision made in this process has blind-sided Senior House residents and alums. And the student actions deemed triggers for those decisions are so unclear that message boards are still debating exactly what the crimes could have been. 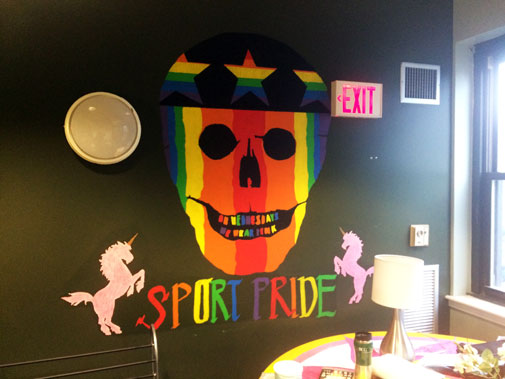 A Senior House mural plays off its motto to “sport death” because “only life can kill you.” (Photo: Marc Levy)

Whatever the final straw might have been, because of it the administration plans to essentially shut down and reboot a dorm of 140 people instead of holding a traditional process that would assess blame and punish only the guilty – another action that makes a place famed for its smarts and precision look recklessly dumb.

Not to mention schizophrenic. While MIT’s chancellor eradicates a campus safe haven for its nontraditional and often most vulnerable students – a bizarre and potentially dangerous action at a school that is no stranger to student suicide – its Media Lab is about a month away from giving an annual Disobedience Award of $250,000 as it “seeks to highlight effective, responsible, ethical disobedience across disciplines.”

The institute is smart enough to whittle down its opposition, though. By redirecting anywhere from six to 30 first-year students who might have lived in Senior House this past academic year, MIT had fewer of the faithful to contend with. As graduating seniors depart, there will be even fewer. Within a couple of years, Senior House will be nothing but an alumni memory – like Bexley, the dorm that preceded it into countercultural obscurity – and some of the students who might have come to MIT because Senior House was there will instead just find somewhere else to go.

The institute will have won, apparently without understanding what’s been lost.