This week in music, from Alvanos’ folk wit to eclecticism of K.C. Harris, Danny Pepper 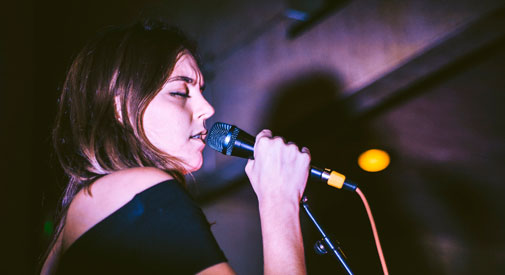 This week in music, from Alvanos’ folk wit to eclecticism of K.C. Harris, Danny Pepper

Matthew Stubbs & The Antiguas – performing as part of the club’s Downbeat Mondays series – have a modern-day blues-rock sound akin to The Black Keys, Black Pistol Fire and The White Stripes. The band is highlighted by Stubbs’ blues licks and Ken Clark on the organ.

Boston singer-songwriter Ali McGuirk and her band combine low-key jazz progressions with blues-rock guitar and McGuirk’s powerful, soulful singing. McGuirk’s lively stage presence and incredible vocals make this show one of the best of the week in Cambridge.

21-plus show at 8 p.m. at Thunder Road, 379 Somerville Ave., Union Square, Somerville. Tickets are $10. The bill includes Nemes and Lands.

Somerville’s Mad Yonder have a unique and compelling sound, the result of a peculiar but effective application of hip-hop influences to folk instrumentation. The band relies on violinist Claire Goh for melodies while using pianist Timothy Wild for traditional lead vocals and Keanu Burke for rap.

Singer/guitarist Jim Kweskin combines ragtime guitar with folk, pop and jazz influences, creating a one-of-a-kind sound. Kweskin’s own publicity explains that he balances “the sophisticated sensibility of a jazz musician … with the communal simplicity of a folk artist.”

K.C. Harris is a singer-songwriter with clear roots in Americana and 1930s country blues, listing influences including Charley Patton and Blind Willie McTell. But Harris adds elements of other iconic performers, such as Bob Dylan, to forge a folk sound that pays homage to more than a century of American music.

Danny Pepper’s music is grounded in rock, grunge and country. Harris says his versatility allows him to “pair the sweetest cowboy ballad you’d ever heard with the tenaciousness of the best the early rock and rollers had to offer.”