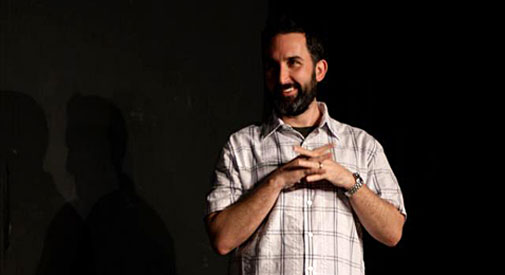 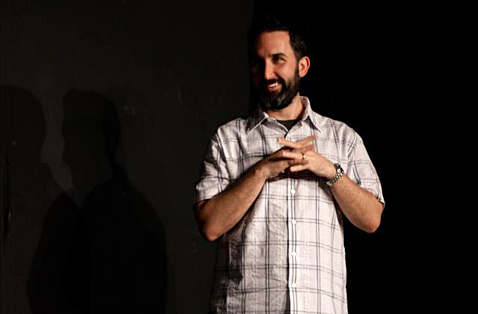 Public controversies that contributed to the 2013 resignation of a managing director at ImprovBoston, the Central Square comedy theater and school, seem minor compared with what’s happened since Zach Ward returned to leading the improv theater he owns in North Carolina.

Allegations of sexual assault, sexual harassment, theft of income and mistreatment of performers and staff have been leveled against Ward in a public Facebook posting that has grown to several dozens comments since it began Sunday, joined by a lengthy recounting by a former student of a relationship with Ward that ventured into a “a sexual assault gray area” and the reposting of what is claimed to be a response by Ward calling the recounting “absolutely false … completely fabricated” and saying it was he who was the victim of harassment.

While in Cambridge from June 2011 to July 2013, Ward waged a fight over intellectual property – motivated by one or more board members, in one telling of the story – that sparked clashes with two comedy festivals and a boycott by many area stand-up comedians. Ward’s resignation was announced a short time later, and he returned to running his DSI Comedy Theater in Chapel Hill, N.C., the North Carolina Comedy Arts Festival and an executive training and team-building business called YesAndLife.

In a late Wednesday posting of what is identified as an email from Ward, he says the “false allegations have already taken a toll on my personal well-being as well as my business” and that scheduled shows at DSI have been postponed “so our staff and performers can ask questions and reset.”

The theater typically runs eight shows Thursdays through Sundays, but those shows have been wiped from the ticket calendar.

In a further step Thursday, an email identified as being from Ward said he would remove himself from all theater operations, “taking an indefinite leave from DSI and comedy” effective Monday, citing “the content and tone of recent conversations, for the health of the community and a possible future for the theater.”

Attempts were made overnight to confirm the authenticity of the emails, but he did not reply to messaging or emails. The DSI Comedy Theater was asked for comment Wednesday, but did not reply. On Thursday, Ward made his Twitter account private.

The storm started simply enough when Vinny Valdivia, a Raleigh, N.C., comedian and teacher, posted on a local comedy message board with a complaint about a DSI practice. When it was deleted, he said, he took to his personal Facebook page – where he has nearly 1,600 friends, many of whom are comics – to repeat the complaint and encourage others to post as well. “I know there are many people that had bad experiences at DSI, but we don’t talk about it,” he said. “Maybe it’s time we do.”

That unleashed a torrent of comments, several citing a “toxic” atmosphere, and led quickly to a condemnation by a former student and friend of Ward’s, Grace Baldridge Carnes: “Zach Ward is our hometown Bill Cosby.”

In a separate post, Baldridge Carnes explained how she was shocked to find Ward suddenly having sex with her after she followed him into a dark office – and the lingering aftereffects during an ongoing relationship, during which he gave many reasons for behavior that led her to have “ended up in a headspace where I felt incredibly sorry and sad for him.”

“I was not traumatized by what had happened. I was confused and upset and weirded out, but I thought of this as just some sort of ‘sexual miscommunication,’” she wrote. But upon being taken to the same office later to meet a visiting celebrity, she found herself “completely panicked,” she said, and things worsened as she began dating someone else and Ward’s behavior began “scaring me.”

“I haven’t been anywhere near DSI Comedy for two years and often can’t even bring myself to drive through Chapel Hill anymore, because I start to feel completely panicked,” she said.

Other women on Valdivia’s comment thread suggested similar encounters without going into detail or apologized for being unknowingly complicit. “I don’t think there’s any defense against or justification for his conduct towards the women he mistreated. It’s painful to learn that my mentor abused women he dated,” one wrote. “I do think it’s necessary that there’s accountability for how the power structure of the theater has been used to cover up, enable and defend personal misconduct.”

Several comedians in and from Cambridge commented in Valdivia’s thread as well, calling him “an incredibly toxic force” in the community, in part because people who were critical of his leadership were painted as simply being “negative” and unwilling to embrace change.

But the problem of sexually predatory behavior by community leaders isn’t limited to Ward or even North Carolina, some said, pointing to similar problems in the Chicago and New York improv scenes – and to Greater Boston, even before Ward was hired.

ImprovBoston managers were asked Wednesday to comment on whether they were aware of the allegations against Ward, but there was no immediate response.

ImprovBoston’s board didn’t listen to warnings about Ward, one local commenter said:

“He was already involved with multiple women in the community by the time he was being considered to lead [ImprovBoston]. The board was cautioned to take greater care with references … It wasn’t just the folks in NC that missed the warning signs, and this problem wasn’t limited to just Zach. Serial predatory behavior within theater leadership and employees was ignored for years.”

This post was updated Thursday with news Zach Ward would step down from leadership at his theater and comedy, and that his Twitter account had been made private.