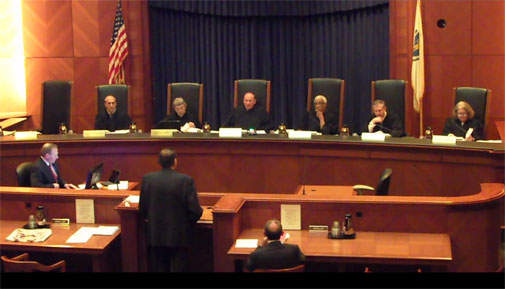 Days after a Cambridge Health Alliance patient died of a probable drug overdose in its Whidden Memorial Hospital emergency room Nov. 2, 2010, the Alliance suspended the neurologist prescribing him narcotics. But it took months for the health care system to fire the doctor officially, and years for the state board that disciplines physicians to suspend his license – until last month. 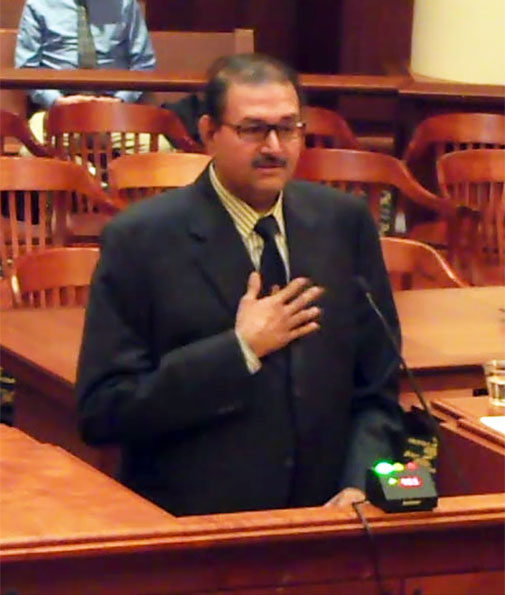 The story of Dr. Bharanidharan Padmanabhan, which offers a rare peek into the issue of doctor discipline, is not as simple as those facts may look.

He is a well-educated and highly trained neurologist with a specialty in multiple sclerosis. He has become obsessed with winning back his livelihood as a doctor and exposing what he claims is a coverup by Alliance brass to hide alleged misreading of MRI scans and alleged Medicare fraud – a coverup joined by the Board of Registration in Medicine and Attorney General Maura Healey, he says. There’s no support in the public record, beyond his statements, for either the MRI or Medicare accusation.

To those ends, he has filed lawsuits in state and federal court, first with a lawyer, now by himself. When he’s lost, he’s filed appeals. When he’s lost those, he’s filed at the U.S. Supreme Court (of two attempts, the high court refused to hear one; the other is pending).

In a telephone interview after his license suspension last month, Padmanabhan said: “I want to be exonerated” and will keep fighting; “You just don’t give in to evil.” Later, he asked two patients, whom he says he has been treating free of charge since 2010, to call the reporter. (They did; I declined to speak to them.) Three patients testified in his support at a board hearing, calling the prolonged process “horrible” and referring to him as “one of the best doctors here in Massachusetts and the nation” for patients suffering from multiple sclerosis.

Along the way, Padmanabhan has won a few battles, if not the war. An internal disciplinary appeals panel at the Alliance agreed with his immediate suspension but said more investigation was needed before terminating him, saying top medical officials needed to look at his patients’ complete records. But a year later, he was fired.

A hearing officer who heard evidence against the doctor in the Board of Registration’s effort to discipline him found that Padmanabhan’s main problem was record-keeping, not patient care. The board wasn’t satisfied with the hearing officer’s first decision and asked him to “clarify” it.

All that took years, and the hearing officer’s final decision still did not support all the board’s allegations of substandard care for nine patients; it found that Padmanabhan’s treatment of two of the nine patients was negligent because of misdiagnosis. Lapses in record-keeping call into question his “competence to practice medicine,” the decision said, but it made no recommendations for discipline except to say none was warranted in two cases. There was no finding of poor care for the patient whose death in November 2010 started the whole process.

Finally, the state’s highest court last month criticized the board for taking so long – more out of concern for the doctor than for patients. Padmanabhan’s career has been in limbo, and he claimed he couldn’t get paid for treating patients because the board had brought allegations against him and no insurer would pay him.

At the oral argument on Padmanabhan’s appeal to the Supreme Judicial Court, justices seemed incredulous there were no time limits written into the board’s rules. When they questioned the assistant attorney general representing the board about the doctor’s complaint that he spent years without pay, the attorney merely said Padmanabhan had a valid license all that time. A footnote to the decision criticized that answer: “It behooves the board to understand its own disciplinary process and the effect of that process on those subject to it,” the justices wrote.

Still, in the end, the SJC denied Padmanabhan’s appeal.

Asked to comment on the SJC’s criticism, the board in a statement said that throughout the disciplinary process it “has made great efforts to ensure that Dr. Padmanabhan received all procedural rights to which he is entitled.”

“Due to the complexity of the practice of medicine, the board’s investigations often take time,” the statement said. The doctor “was free to practice medicine in Massachusetts” until his license was suspended July 10, it said.

Cambridge Health Alliance spokesman David Cecere said the health care system can’t comment on the lawsuits filed against it because Padmanabhan still has time to file further appeals. As for Padmanabhan’s suspension and termination, “we do not comment on personnel matters,” he said.

Padmanabhan, 47, received his medical degree and a doctorate at a medical university in Budapest that attracts many students from outside Hungary. He got further training in the United States, in neurology at Boston VA Medical Center, Brigham and Women’s Hospital, Tufts Medical Center and at UMass Memorial Hospital in Worcester. He started working in the neurology department at Whidden – now called CHA Everett Hospital – in 2007.

By 2010, the head of the department had decided to terminate him and was preparing to start the lengthy process, according to testimony at his CHA internal appeals hearing. The Alliance’s former chief of medicine, Dr. David Bor, became more concerned after the Whidden emergency room told him about the patient who died of a probable overdose. He looked at the patient’s medical records and “noted a history of intravenous drug abuse, depression and what Dr. Bor believed to be large prescriptions of Oxycontin … which caused concern not only for the deceased patient but for [Padmanabhan’s] other patients as well,” according to a court filing by the Alliance.

Bor looked at records of the other patients and saw more narcotic prescriptions that worried him, the filing said. And Padmanabhan was not moving quickly enough to transfer his pain patients to other specialists, as administrators had earlier asked neurologists to do.

In the phone interview and at the disciplinary hearings against him, both at the Alliance and the Board of Registration, Padmanabhan defended his performance. The patient who died hadn’t been treated by him for six weeks, and there was no evidence he saw that the patient abused drugs, the doctor said.

Moreover, the patient didn’t fill the last prescription the doctor wrote for him, Padmanabhan said. “He was a very nice man,” the doctor said in the interview. “He died because no one was treating his pain.”

How did that lead to his death? “He couldn’t afford to buy [prescription narcotics] any more,” Padmanabhan said.

His narcotics prescriptions followed medical norms, he said. And none of his patients abused drugs, he said. Reminded that one had tested positive for cocaine at a visit, according to evidence at the Board of Registration, Padmanabhan said he had cut off treatment: “I fired him,” he said.

But then he added: “If you fire them they lose medical care, because of the difficulty of finding another doctor to take on their care.” Records in the Board of Registration case showed Padmanabhan told several patients he was transferring them to other doctors, but continued to see them and write prescriptions. At the same time, at least one CHA primary care doctor refused to take a patient from Padmanabhan because of the neurologist’s painkiller prescriptions for the patient, other records indicate.

The allegations that he ordered abnormally high doses of narcotics for his patients, he said, “are completely bogus. It’s because of this huge [opioid] crisis.”

In May, the Board of Registration indefinitely suspended Padmanabhan’s license but stayed the decision for 60 days so he could agree to probation. The doctor could continue to be licensed if he went through an audit of his record-keeping and agreed to follow any recommendations for improvement.

Padmanabhan didn’t agree to probation, and his license suspension became effective July 10. He has filed another federal lawsuit against the board.

He was asked if he has any plan for what he will do if he loses. “I don’t think in terms of losing,” he said.