Diet Cig isn’t having any Ivy League attitude in video for ‘Harvard’ song, and here’s why 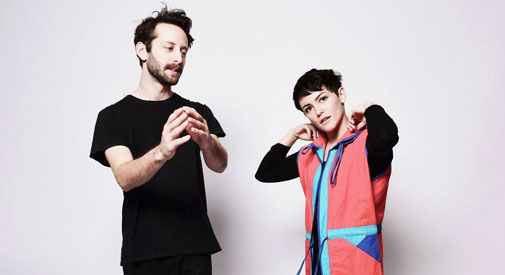 Diet Cig isn’t having any Ivy League attitude in video for ‘Harvard’ song, and here’s why

Diet Cig isn’t coming to town on its current tour behind the album “Swear I’m Good At This,” but the New York duo – Alex Luciano on guitar and vocals, Noah Bowman on drums – has worked its way around to making a video for the song “Harvard,” from the 2015 EP “Over Easy.”

Directed by Emily Dubin, the video follows two girls being pushed into tedious over-achievement by their moms. The band’s lyrics, however, are from the point of view of a spurned townie whose ex has gone off to Cambridge and met someone new. “How’s your new Ivy League girlfriend?”

Where does this come from? Real life. Luciano, who went to SUNY New Paltz, told All Things Go Music that she did indeed have a “stick in the mud lame-o” boyfriend who thought he was awesome when he moved away and started dating in the Ivy League.

Hey, we know that guy!

Diet Cig can be caught Sept. 9 at the Columbus Theatre in Providence, R.I.; Sept. 10 at the Space Gallery in Portland, Maine; or Sept. 11 at the Iron Horse Music Hall in Northampton.