Q&A: Wire is just like it was in 1977, meaning everything is different now 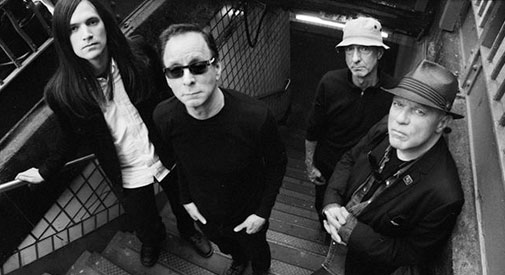 Q&A: Wire is just like it was in 1977, meaning everything is different now

Guitarist/vocalist Colin Newman gets us ready for Sept. 23 show
By Marc Levy 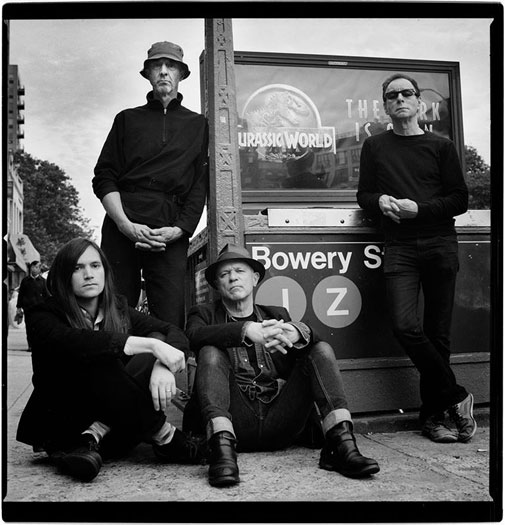 A band climbing out of a van to headline The Sinclair? There’s little special about that – except that when Wire does it this month, it’ll mark 40 years since the band got its start back in punk’s heyday of 1977. And Wire is distinctly not doing a nostalgia tour. With 15 studio albums over four decades, this British quartet is riding a five-album wave of critical adoration and solid sales, and touring to support it. Guitarist and vocalist Colin Newman spoke ahead of a Sept. 23 show in Harvard Square on what that’s like, in a conversation that has been edited and condensed for publication. 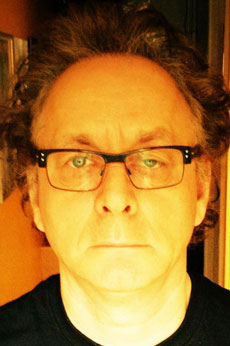 You’ve been performing since 1977. Who’s now in the audience when you look out from the stage?

Worldwide, the average age of our audience is in their 40s. That’s 20 years younger than most of the band. But depending where you play, there will be a very good percentage of people in their 20s – obviously, in the hipper cities. We’re playing three nights at a venue in Brooklyn. There will be a thing among a younger audience where if they imagine they were going to see something and there was nobody their age at the gig, they might feel it’s a bit strange; but younger people have been turning up at our gigs for years and seeing other people their own age there. The brutal truth is, if you’re getting an audience, that’s the age they are. If you’re not getting an audience that age, you’re not getting an audience. People in their 50s and 60s don’t go out – to anything.

The are basically two ways for a British band to tour America. One is all bells and whistles and full production with someone else picking up the tab, because you’d never make money doing it. We have our own record label; there’s no one to subsidize the tours, and there’s the cost of international flights and then visas, which are very expensive. As much as we enjoy to play and bring the music, we can’t afford to pay money to do it.

How do you make it four decades? In 1977, did you still expect to be doing this now?

If you ever see early interviews with The Beatles, they’ll talk really in terms like they intend to do it for a few years and then they’ll stop and be writers or something like that. I don’t think bands from the 1960s had any expectation to last any more than a few years. And in the mid-1970s, what seemed to happen to a lot of groups was that they obviously didn’t think the same way – that it would last five minutes, but what they realized was basically they would evolve mainstream-wards, so a group that was quite cool would wind up being really, really super uncool as, I guess, a means of survival. In a way, it’s kind of like saying, “Wow, we can’t be hip anymore. Now we’re 30, so we have to appeal to the moms and dads.” It didn’t seem right to me – why does it have to be like that? Can’t you just do what you want to do?

The Rolling Stones have been responsible for one of the kind of really terrible thing that’s happened with rock music, which is heritage rock. I can understand why they did it; by the time they got to be recording “Exile on Main Street” in the 1970s, they were completely broke. They’d been sold up the river by managers and record companies. And at some point, Mick got wise and said, “Hang on, we could make money out of this.” The decision was that they would just go out and play the hits and not put much attention on the new material, which was kind of a pity, because they set a benchmark for what a lot of bands have done, especially bands that have made comebacks. Wire famously don’t do comebacks. We’re not really interested in that attitude.

But the classic comeback, especially for a band that hasn’t been around for 20 or 30 years, is that people everywhere will come to see it once because either they didn’t get the chance to see it the first time around or they worry they might be dead by the time they do it again. So you’re going to get big audiences for it once and then those people who remember it from before will just say, “Well, that’s the same thing I heard before, only played by older people, and not so well,” and the younger people will wonder what all the fuss was about.

We play more often, we release records more often, the emphasis is on the new material and we get an audience for that. Plenty of people are hearing Wire for the first time, so we don’t need to go play the heritage tour. We took the risk to have an audience turn around and say, “We don’t want to hear that because it’s not what we know.” But that’s not happened.

What can people expect at a show? Wire has dabbled notoriously in performance art.

That was one very infamous show we did at the Electric Ballroom in London, very early in 1980, which contained a strong performance art element. Everyone was desperate to be punk; we didn’t give a flying hoot about punk, but saying you were “art” just kind of invited all kinds of trouble, basically. There were a bunch of skinheads there, and it became confrontational, and the whole thing was quite unpleasant. [Note: In fact, the show provoked violence, with some fans hurling bottles at the band.] There’s a wide variety of people who come to see a Wire show, and they are pretty accepting of the fact that they don’t know what they’re going to get before they get there. We are unlikely to tick their boxes about what songs they want to hear or not, and they are fine with that.

This time, Wire is traveling with a total earworm – “Diamonds in Cups.” There are days I can’t get that song out of my head.

The song had a sort of interesting history. I was rehearsing with a different band … and suddenly I’ve got this guitar riff and this set of changes, and I just didn’t have any way of notating it, so I just kept playing it until it was in my head. And when I got back home I kind of recorded a rough version. I can’t remember if I had lyrics at that point or if it waited, but it seemed to me the text was very sticky. It’s an unremittingly positive text, and I almost wondered if the band would kind of say, “You can’t do that.”

Aside from Wire, what should we be listening to?

This is really obscure, but there’s a band in Brighton near where I live called Merlin Tonto I’ve seen a couple of times, and they’re amazing. But they’re at the level of being a support band at a venue that holds 100 people, so the chances of anybody outside me knowing [them aren’t great].

“Make It Be” by R. Stevie Moore and Jason Falkner has some really, really very cool pop in it – the kind of “pop” in inverted quotes, because really use the P-word in a pure form anymore, it doesn’t mean anything.

Michael Chapman made a fantastic album called “50,” and he’s been on the road 50 years. In Britain, anyway, he has gotten quite a lot of attention this year for someone who’s been pretty obscure for most of his life, which I think is nice.

Wire plays at 9 p.m. Sept. 23 at The Sinclair, 52 Church St., Harvard Square. Doors are at 8 p.m. Tickets are $25 in advance online, or $28 at the door. The opener is Minibeast, an instrumental project of Peter Prescott of Mission Of Burma. The band’s latest album, “Silver/Lead,” is available here.