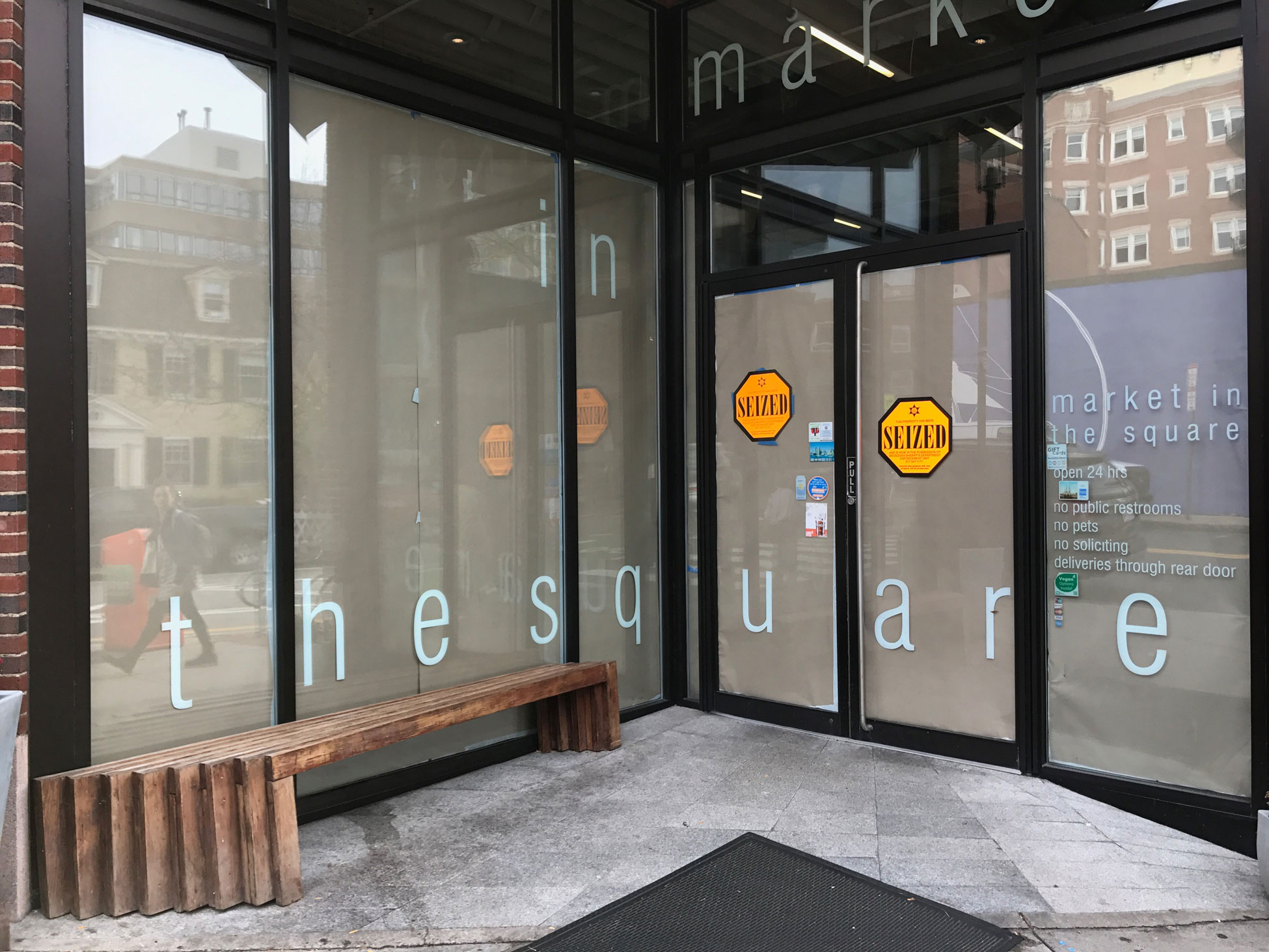 Market in the Square, a 24-hour grocer in Harvard Square, was closed Thursday after assets were seized by a sheriff.

Though the “seized” signs and locked doors look bad, Harvard Square denizens – especially those needing a meal or groceries in the wee hours – should be reassured that Market in the Square may be gone, but an identical store called Hello Fresh is set to replace it.

“This will be the same continuing operation that was there as a market, and there’s going to be very little change in the premises,” attorney Sean Hope told members of the License Commission at a Wednesday meeting. “A sheriff has been retained and they will be seizing possession of the premises.”

Market in the Square, a gourmet grocer with hot and cold salad bars and other prepared foods, opened in 2008 after a quest by Harvard Real Estate Services to bring a grocer back to the square; Sage’s closed at that location in 2000. After a run of other business uses, the space was kept empty for a year and half while Harvard searched for the right grocery operator, The Harvard Crimson reported. The property, however, is owned by John DiGiovanni’s Trinity Property Management.

Cambridge District Court found that Whang’s corporation owed nearly a half-million dollars in unpaid rent as long ago as 2014.

Hello Fresh plans to reopen the store as-is, with 20 seats and for 24 hours per day, Hope said. The key difference: When it reopens, there will be no alcohol, though alcohol sales may be requested of the commission later.

“Seizure would mean that all items and assets within the premises will be seized and in the control of the sheriff, including the alcohol there,” but Hello Fresh knows it has a license for food only, Hope said. They “will not have any alcohol on the premises without having applied and received a license [for it].”

This post was updated Nov. 2, 2017, to correct the spelling of a name and add information from Cambridge District Court.