Will MacArthur for School Committee, 2017 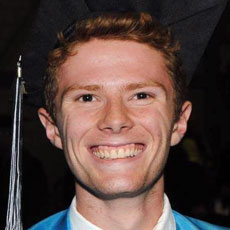 Will MacArthur for School Committee, 2017

Will MacArthur is a 2016 graduate of Cambridge Rindge and Latin School, having attended Cambridge Public Schools his entire life. He is a sophomore at Harvard University. His entire campaign staff is made of recent CRLS graduates or current seniors. While at school, MacArthur played soccer and ran track, and was involved with Club 4 (which prepares meals for the homeless), and school newspaper The Register Forum, among other things. He continues to volunteer at a student-run homeless shelter while managing a full (or more) class load.

Closing the opportunity gap. I believe this should be the district’s top priority. I support detracking math and science classes through the end of eighth grade and English and history classes through the end of ninth grade, hiring more teachers of color and better supporting the faculty members of color already in the district, launching a districtwide review of race and extracurricular activities and working with the City Council to identify and reduce out-of-school obstacles around internet access, housing and food insecurity for students. While I recognize that there are multiple views on how to solve this problem, I believe solving it must be the central goal of the district over the next several years, and I would evaluate every proposal that comes before the School Committee around curriculum and achievement with this goal in mind.

Civic engagement. I believe our schools and our city work best when students are actively engaged in the civic process. I supported this concept when I produced School Committee candidate profiles for the Register Forum in 2015 and when I pushed student government to use proportional representation voting in its elections. I have made it a central part of my campaign by engaging CRLS students in key roles, and I would make it a priority of the School Committee by pushing for curriculum on the history of activism in Cambridge, engaging students in a process to rename the upper schools and visiting every school for at least one full school day per school year to hear from students and teachers.

Inclusive communities. Our district can do more to make non-academic community events inclusive for women, low-income families, LGBTQ+ students and families who speak a language other than English at home. I would seek a seat on the school climate subcommittee to bring a focus to these issues, and among other things I would push for regular meetings between the Feminist Club and the district; a ticket fund to subsidize school event tickets for families who qualify for free or reduced lunch; gender-inclusive policies for bathroom designations, name change procedures, sports and locker rooms; and a fund to pay student translators to translate the CRLS course catalogue, Schools at a Glance, and other important district documents into more languages than the three offered.

Teacher voice. I believe teachers are in the best position to propose curriculum and program changes in the district, and I would work to support the CPSD Design Lab and establish procedures to bring successful pilot programs to more schools. I also favor more open-ended professional development to allow teachers to communicate across schools and subject areas and share best practices while being paid for their time.

Other issues include transparency, including “getting in front of the open meeting law” and pushing more School Committee meetings “into the light of day;” increasing student voice; a more realistic understanding by the School Committee of the high school as an institution far from perfect – strong though it is in many ways; and providing free preschool to those who need it.

MacArthur’s statement to the Cambridge Education Association is here.

MacArthur’s youth should not be a deterrent and is clearly not in public discourse and intellectual debate: Despite being only two years out of high school, as a candidate he has changed the dialogue at election forums completely by questioning underlying assumptions. Granted, MacArthur succeeded wildly at Cambridge Public Schools as a “white, privileged male” (by his own acknowledgement). His understanding of his privilege and his acute observations about why his experience differed from so many of his classmates – whether they were of color, or female or non-binary, or in any way not the easily propelled “success story” – inform deeply his ideas about what needs to happen in Cambridge schools to make them the best they can be. He is dedicated to the work; Harvard University, where he is a sophomore, has said they will give him two years off without loss of scholarship if he makes it onto the committee. He is a rare candidate in that he is thoughtful, informed by immediate experience, connected to the students and teachers and specific about what programs and priorities he wants to see to make changes to the opportunity gaps at Cambridge schools.