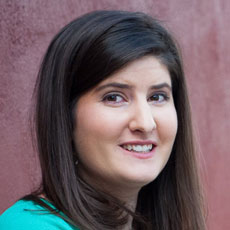 Volmar grew up in California and taught in a fifth-grade English-language immersion classroom in Oakland before moving to Cambridge 10 years ago, when her husband became a doctoral candidate at Harvard. Because her California teaching license wasn’t valid in Massachusetts, Volmar took what was initially a temporary job in a Harvard administrative office. “Eventually I got to a place where I was working with students who were applying for scholarships, and it felt really good,” she said.

Volmar recently received a master’s degree in psychology, for which she focused on adolescent opioid overdose, and she works with vulnerable members of the community who struggle with housing through a church-affiliated community service program. She learned for herself how difficult it can be to live in Cambridge and talks about her continued lessons struggling to stay put as real estate prices surge, and affordable housing and help for the homeless have become the cornerstones of her campaign for City Council.

Create a direct-leasing program empowering the city to lease directly from landlords and re-lease to Section 8 voucher holders. This serves to overcome traditional barriers to entry experienced by voucher holders and generates a more comprehensive database of landlords who are willing and able to rent to voucher-holding tenants.

Restore social enfranchisement to homeless individuals and families by creating access to storage and mail: Create a Safe Keeping Center, where homeless people can have a storage locker and a mailbox. This would restore access to services that depend on the mail (federal, state and city agencies, banks, doctors, courts, schools, etc.) and allow homeless people to store vital but high-value items such as a cellphone and a winter coat.

Uphold the right to equal access to utilities by ending the Comcast monopoly over broadband service in Cambridge: Move forward with the feasibility study suggested years ago to investigate and make plans for a network of municipal fiber broadband.

Volmar has been the delightful surprise of this campaign. As a candidate, she has a forceful presence, a powerful personal narrative and great ideas, and listening to her speak and hearing the solutions she has for our everyday problems is an illuminating and even moving experience. It’s upsetting enough to hear her speak of herself and her husband – who would probably be considered upper middle-class in most other cities and towns – deciding first that they can skip meals out for the privilege of staying renters in Cambridge, then deciding they can skip vacations and finally deciding they can put off having children; but it’s shattering to hear her story of trying to help a homeless teen use his Section 8 voucher, only to have that voucher expire unused after 18 months because several people trying daily couldn’t find a single landlord who would step up.

Brimming with humanity, passion and smarts, Volmar is exactly the kind of person Cambridge needs within its borders. It would be nice to see her bringing her street-level perspective and practical solutions for seemingly impossible problems to a seat on the City Council.