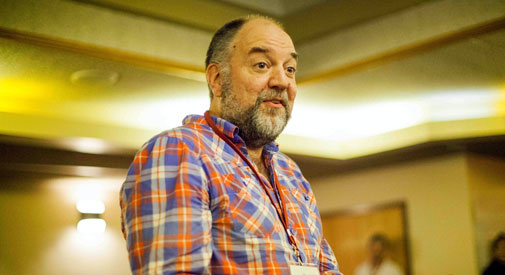 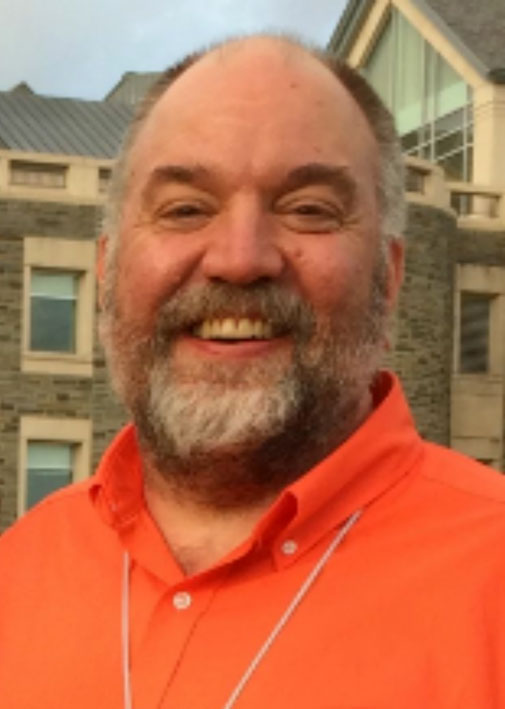 The film community in Cambridge and Boston dimmed Monday when Harvard Film Archive programmer David Pendleton passed away after a long battle with cancer. Pendleton, 52, was a highly respected ambassador of film and its preservation, and a fixture in Harvard and Porter squares.

If there was one aspect about Pendleton – beyond his inexhaustible passion for film – cited universally by those who knew him, it was a kind and easy manner that allowed him to interact with filmmakers and the public seamlessly. “He was a generous collaborator,” said Haden Guest, director of the Harvard Film Archive. Pendleton spent 10 years as the HFA’s programmer, following Guest east from the Film & Television Archive at the University of California at Los Angeles. (Pendleton, who was born in Dallas, earned a doctorate in critical studies from UCLA.)

Pendleton especially loved French cinema and classical Hollywood, Guest said, but had an interest in world cinema that included building strong programing slates focused on Korean, African and African-American filmmakers. Pendleton was “very inclusive and had a soft spot for marginalized people, and wanted to give them a voice,” HFA publicist Brittany Gravely said.

One of the ongoing programs Gravely cites as part of Pendleton’s imprint on the HFA and its community is the monthly film/discussion forum “Cinema of Resistance,” designed to orchestrate a conversation about salient social topics through film. During his tenure Pendleton also complied “complete” retrospectives of some of his favorite filmmakers, including Robert Altman, Pasolini and Jean Renoir, and helped assemble “A Burt Lancaster Centennial Tribute” in honor of one of his favorite actors.

Special guests Pendleton was instrumental in bringing to the HFA, and whose works he helped curate, included Kathryn Bigelow (“The Hurt Locker”), Harmony Korine (“Spring Breakers”) and Leos Carax (“Holy Motors”). “David’s legacy,” Guest said, “was his ability to spark conversations between filmmakers and the public. He hosted many great evenings full of energy.”

“If there was one thing about David,” Gravely said, “he was thoughtful and unflappable, and always willing to reconsider things.”

Pendleton’s programs were cited regularly by the Boston Society of Film Critics (I am a member) in its year-end Film Series selections. “David’s programing was diverse, discriminating and eclectic,” Guest said, “and that made it exciting.”

Despite his advanced degrees and revered station in film preservation, Pendleton had a reputation for being accessible and open. “He was very nice and approachable man. I could always commiserate with him about the problems of running a repertory film program,” said John Galligan, curator of the Channel Zero repertory film series. “He was no snob.”

Pendleton is survived by his parents, his brother and two nieces. To honor his legacy, his family has urged donations to the American Civil Liberties Union, human rights organizations or LGBT groups.