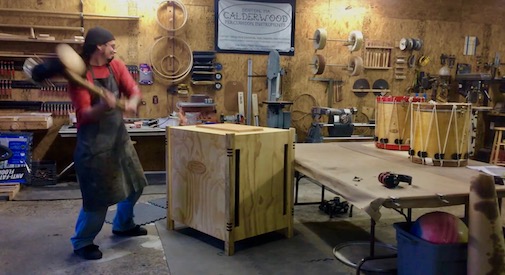 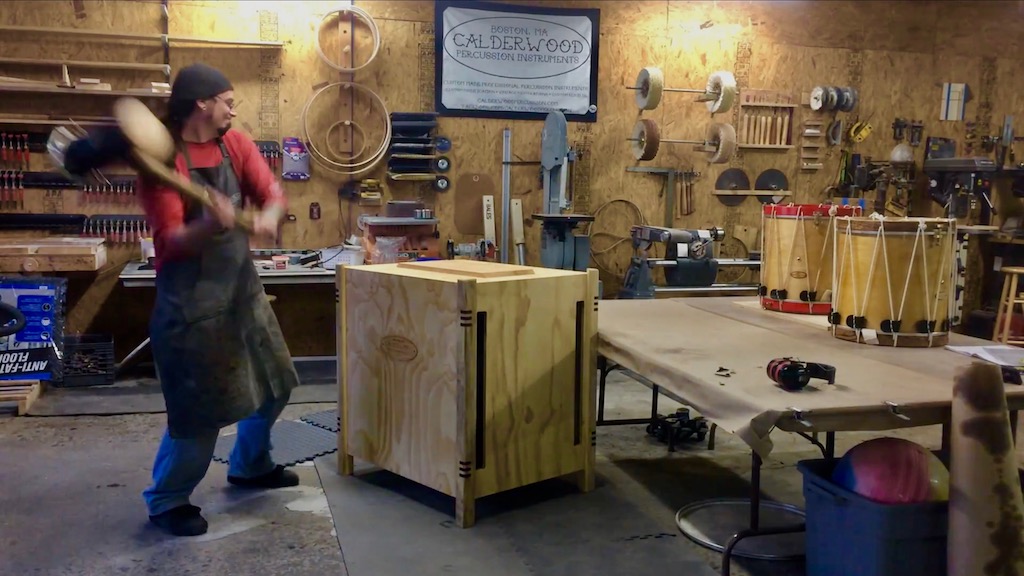 Cambridge Symphony Orchestra tuba player Bill Whitney took on a second role for Sunday’s performance of Mahler’s dramatic Symphony No. 6 in A minor: building the Mahler Hammer and Mahler Box, a unique combined instrument needed to do the piece right.

“I was really excited for two reasons. One, the tuba part [in Symphony No. 6 in A minor] has a lot of really cool stuff in it. Two, that meant I was going to get to build the Mahler Box,” said Whitney, a sound engineer who has composer and sound designer for Harmonix Music Systems, the video game developer behind the “Rock Band” and “Dance Central” games founded in Central Square in 1995.

He also runs Calderwood Percussion Instruments, a Boston maker of custom instruments, and taking on construction of this tool – used only in this symphony, and only twice – started with puzzling out exactly how Gustav Mahler, who died in 1911, would want it to sound.

“He doesn’t give a lot of information about it, except that it should be a dull, loud sound – not metallic in character – ‘brief, but mighty’ I think he says?” Whitney says in a video filmed after construction. (The Calderwood Facebook feed shows steps along the way of Mahler Box construction.) Mahler conducted the symphony three times and was reportedly never happy with the sound; different orchestras have tried numerous approaches since.

Whitney consulted local Grammy Award-winning recording engineer and acoustics professor Jay Frigoletto and together they determined an approach: a two-chambered acoustic resonator with a maple strike plate and drumhead built into the bottom for resonance and a more complex sound.

But there’s only one way to really hear it in action, of course: Attend “Masterworks: Mahler and Mozart” performed by the Cambridge Symphony Orchestra from 4 to 6 p.m. Sunday at the Massachusetts Institute of Technology’s Kresge Auditorium, 48 Massachusetts Ave. General admission tickets are $25.