‘Thelma’: This girl’s got a lot on her mind, and dread grows that it just might kill her 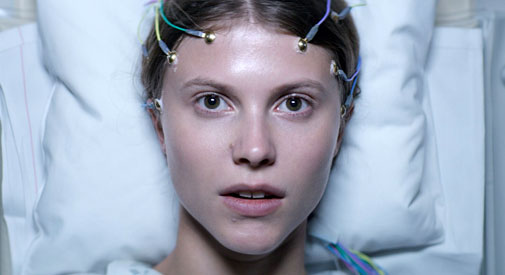 ‘Thelma’: This girl’s got a lot on her mind, and dread grows that it just might kill her

Joachim Trier’s quietly engrossing tale of veiled perceptions, affliction and passion, “Thelma,” lies somewhere between Brian De Palma’s 1976 classic “Carrie” and the 2013 love story “Blue is the Warmest Color.” Odd as that may sound, the film’s something of an arthouse horror flick (think “The Witch”) wrapped around a troubled teen trying to come of age. The ingenue of the title (played confidently by Eili Harboe) possesses waifish good looks, but inside she’s in knots that portend something more than the typical teen angst. While Thelma’s poking around in an Oslo library, a swarm of crows amass outside in a swarm and begin striking the window panes with all the fury of the avians in Hitchcock’s “The Birds.” Clearly Thelma’s the cause or the victim of the vexation and falls to the ground in a seizure – many more are to come, and like Regan in “The Exorcist” she becomes subjected to a battery of medical examinations with modern medicine offering no insight to the anomaly. 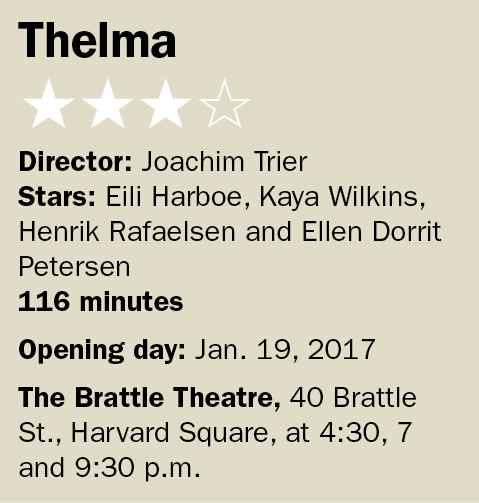 Later snakes show up, and Thelma, swimming in a pool, is trapped under a ceiling with no way to break the surface. Is she dreaming, or is the supernatural at work? Hard to tell, but the film moves in minute, haunting strokes that feel like they make sense despite their enigmatic disarray. There’s a spiritual, visceral quality that resonates in the gut, and as the film moves toward its crescendo there’s a moment when Thelma kisses another girl and it feels like the house might come down – literally.

All this from the Norwegian Trier, whose critically acclaimed works “Reprise” (2006) and “Oslo, August 31st” (2011), a psychological buddy movie and a melancholy tale of suicide, never quite indicated that “Thelma” was inside of him. Now that it’s out, it feels like a bona fide family member. Speaking of family, besides the garish gothic imagery that takes over the screen sometimes, Thelma’s perfunctory parents are a bit of a nightmare – and there’s an opening scene when a huntsman with a deer in his sights suddenly trains his rifle on a young girl in his charge, as if she’s the Scandinavian version of Damien from “The Omen.” Trier weaves a weird tapestry that ensnares its heroine and the audience alike.