‘Maze Runner: The Death Cure’: Series end is convoluted as the rest, but action satisfies 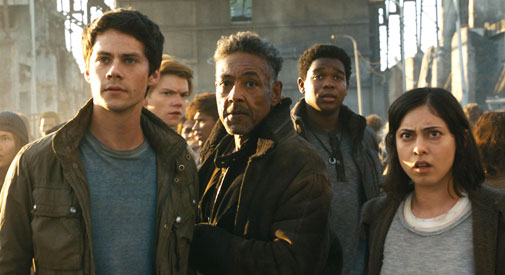 ‘Maze Runner: The Death Cure’: Series end is convoluted as the rest, but action satisfies

There are no less than five false endings in “The Death Cure,” the finale of the “Maze Runner” series directed by Wes Ball from the books by James Dashner; a curse of the young-adult dystopian genre is its inability to leave well enough alone. And “Maze Runner” has never been a perfect trilogy. The story it’s based on is egregiously convoluted, with the plot always inherently lesser than the production around it. There was never going to be a neat ending to a film whose predecessors had splintered off into so many varying tropes, callbacks and homages that it was hard to make sense of everything going on – hence five endings spent tidying the bits and pieces to try to create a cohesive, satisfying ending. Surprisingly, Ball almost nearly pulls it off. 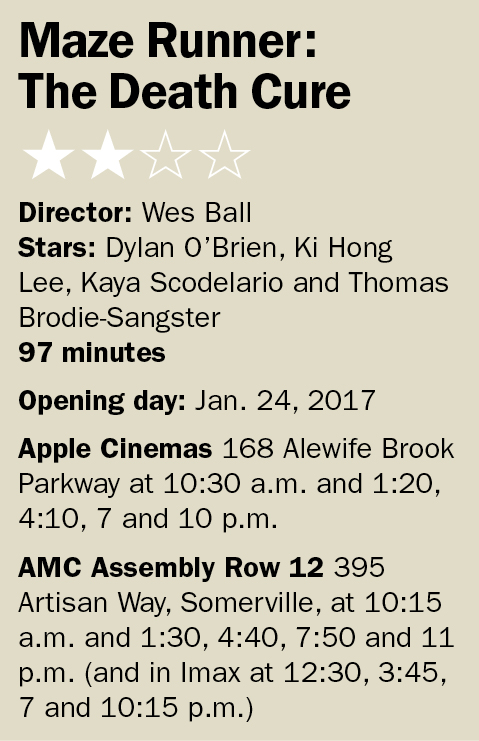 After being delayed 11 months following the injury leading man Dylan O’Brien sustained on just day three of principal shooting, “The Death Cure” refuses to waste time or energy catching viewers up. Thomas (O’Brien, charismatic as always) and his friends Newt (Thomas Brodie-Sangster, unexpectedly moving) and Brenda (Rosa Salazar, an underused highlight) are in a furious race against WCKD (the evil conglomerate trying to use the immune teens to create a antivirus or, “Death Cure”) all to save their friend Minho (Ki Hong Lee) from being one of their test dummies. Along the way they must contend with past friends who are now adversaries, such as Teresa (Kaya Scodelario), and more ominous threats such as the vengeful Janson (Aidan Gillen).

The story isn’t the highlight, though, with T.S. Nowlin’s depthless script full of characters being told who they are, how “special” they are and how only they are ones who can save humankind. When all the dramatic heft of the story is being shouted at us, rather than engrained in narrative, the power of those bellows are lost.

A shame, since there’s a fascinating note regarding “Maze Runner” (purposefully or not) bucking conventional YA plotting in which every triumph and tribulation is an allegory for something much larger than the protagonist themselves. For good and bad, “Death Cure” doesn’t try to present Thomas as a hero trying to save all of humankind – the “villains” are morally gray; their means to an end are questionable, but their goal is understandable. Humanity is making one last-ditch effort to save the planet from being overridden from disease and the zombie-like creatures the infected leave behind, and Thomas’ main objective is to rescue his friend. The film has all of the workings of a save-the-day narrative with big set pieces, heroic actions and a character named “the chosen one,” yet from Act I to the beginning of Act III, the only clear goal of any of our leads is to save a friend from being tortured for a magic “serum” and run as fast as they can to somewhere no one can find them again – a utopia for those fair few immune.

These layers, however, must be dug for, because nothing in the script acknowledges that Thomas’ party has a bit of a selfish streak. We’re made to gather this from the performances and the direction, which do every ounce of heavy lifting a meager screenplay can’t manage. It’s best to go into the film prepared to be confused; bewildered at choices the characters make; and scratching your head at some questionable logistical issues in the big-scale action pieces.

What manages to make a meandering and frustrating film into something worthwhile is, primarily, the direction. Ball, a first-time feature-length director when he took on the series, has managed to grow and adapt with each film. His visions for how the world should look – in constant disarray – and his ability to maintain a kinetic sense of actions and valuable character beats demonstrates a director who, with the right script, could create something masterful. He and cinematographer Gyula Pados produce some stunning imagery, especially once the characters are in the “Last City” and the skyscrapers surrounding them crumble. It’s the first time in this film color is embraced, with shocking oranges, science fiction-bled blues and vibrant smokey greens that punctuate the presence of a ne’er-do-well villain.

That direction, the heart-pumping action sequences and the dedication the cast puts into their roles that ensure that by the end, even if we didn’t care where the story went, we cared about what happened to the characters, and that makes “The Death Cure” feel like something more than a misfire. It’s far too long, too haphazardly scotch-taped together and full of gaping plot holes, but it’s also exciting, emotional at times and mindless fun that’s worth seeing on the big screen. It’s a the contradictory film that isn’t bad enough to forget, and just good enough to be curious about.