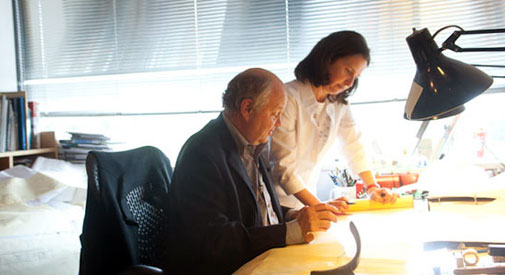 The Foundry building has found its architect in Cambridge Seven, a firm based just outside Harvard Square that has built everything from retail and office space to museums and aquariums from Baltimore and Foxboro to China and Kuwait.

Locally the firm has done the West Cambridge Youth Center and interiors at Pyara Spa and Salon and The Charles Hotel, as well as Boston’s Tremont Crossing building; Four Seasons Hotel and Private Residences, One Dalton Street; and the Franklin Park Zoo Welcome Center.

The Foundry, at 101 Rogers St., East Cambridge, became city property in January 2012 as part of a 2009 rezoning deal in Kendall Square. But it was only in May 2015 that city planners asked the City Council to set aside $6 million for redevelopment, leading to the first of two processes leading to this stage. The renewed plan under the guidance of the Cambridge Redevelopment Authority could see it open in 2020 and complete in 2021 at a cost of $26 million to $30 million.

Once completed, the 50,000-square-foot, multistory property with indoor and outdoor spaces will be “transformed into a place that will foster creative makers and artists. It will have areas dedicated to theater, dance and art,” a letter issued for Cambridge Seven said Wednesday. The Redevelopment Authority confirmed the appointment.

Cambridge Seven beat out 18 other firms to win the project, including Ann Beha Architects, Stantec and Perkins+Will. A Designer Selection Committee interviewed six firms, and unanimously recommended Cambridge Seven to the City Manager, said Lee Gianetti, director of communications and community relations for the city.

“Cambridge Seven was selected because they understand the complex program needs of the Foundry project, and the vital role that both the Foundry mission and the program goals will play in guiding the design for the building. Additionally, Cambridge Seven recognizes the importance of engaging the community on this project,” Gianetti said in an email, citing also the firm’ experience on public projects similar to the Foundry.

The design is expected to reflect the building’s industrial past, “with big-volume spaces that can handle lots of different things,” said Tom Evans, executive director of the Cambridge Redevelopment Authority, as the council approved the current Foundry plan in the fall. “We hope that we’re building something that’s rugged and durable and adaptable.”

Principal leads for the project are Stephanie Greenfield and company president Gary Johnson.

On Monday, the Redevelopment Authority issued a call for operators and master tenants to run the building when it opens – a firm “with experience, creativity and capability to occupy, activate, program and maintain” the project. Responses are due by March 8.