Shortages in computer education stand out in a swift process for $191.1M school budget 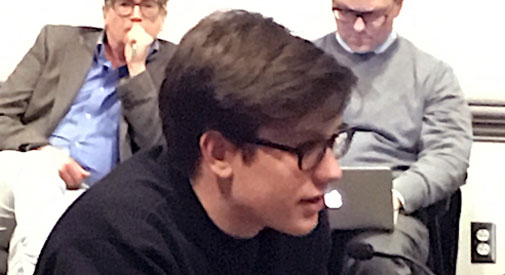 Shortages in computer education stand out in a swift process for $191.1M school budget

The last chance for public comment on next year’s proposed school budget came just four days after the release of the draft. With the presentation of the proposal delayed two days by snow storm cancellations, March 15 was the first look at Superintendent Kenneth Salim’s $191.1 budget, including its $1.1 million for new initiatives. The School Committee is scheduled to vote on it April 3, with only one “workshop” left before the vote.

On Tuesday, 23 parents, students and teachers reacted, with several, including Cambridge Education Association president Dan Monahan, lamenting the “very short turnaround time from proposal to public comment.” There was lots of appreciation for items in the proposed budget, including $60,000 to support field trip buses for all schools, and an increase of family liaison time at elementary schools and new ones for the upper schools.

Mary Elizabeth Cranton, a sixth-grade math teacher at the Cambridge Street Upper School, also thanked the superintendent for the change in eliminating separate tracks for seventh-grade math, which school staff said often created a track of students who felt they were dubbed as “not smart.”

“Cambridge Street Upper School has been working hard on this,” Cranton said. This year’s pilot program has carried on the heterogeneous math classes students have from kindergarten through sixth grade.

But Monahan expressed concern there wasn’t enough involvement by district staff and parents in reconceptualizing the upper school math approach. “The [advanced math program] worked for certain populations,” he said, “but was not successful for many others.”

He also read a letter from 10 of the 15 upper school math teachers saying they learned of the new math proposal only four days earlier. Although we “strongly support the move, we want to be included” in planning, they said, demanding an “inclusive transparent planning process. We are on the ground. We remain concerned about the lack of teacher involvement. With more than one day’s notice, more teachers would have signed on,” the statement said. Cranton confirmed after the meeting that she had not seen the letter before the meeting.

Despite occasional warning from some officials that appealing to the School Committee is not the way to get more funding, speakers at the budget hearings and public comment sessions continue to get some reinforcement that it’s a successful route. At two January hearings, 10 people asked for field trip bus support, several parents and a teacher for more family liaisons time, and five teachers for expansion of the Design Lab – all of which were included in the proposed budget. Several other parents and teachers also asked for more staff hours, including paid summer hours for school clerks. 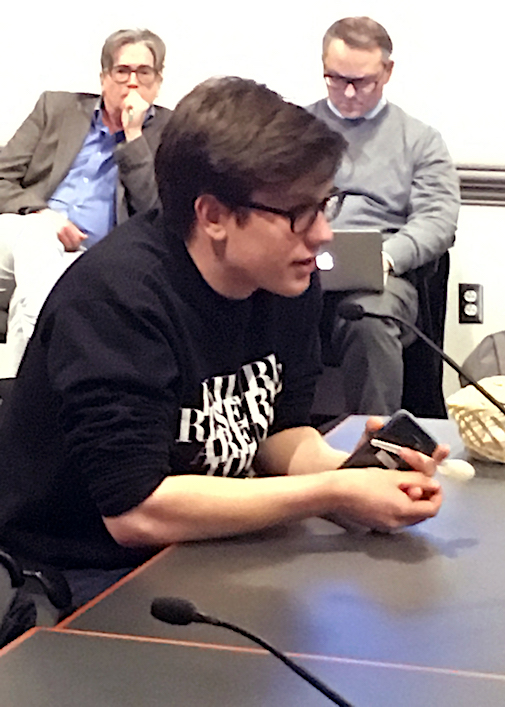 Eight folks gave urgent pitches for at least one more computer teacher at Cambridge Rindge and Latin School. Teacher Liz Atwood, who said she was “disappointed to hear that our request for another hire was denied,” declared that demand was so high for computer science classes that, based on registration requests for next year from current ninth- through-11th graders, without a new teacher, “we will be turning away six classes of students.”

Atwood, two parents and two current students stressed the importance of access to the classes, and several others appearing for other reasons echoed support after hearing their pleas. “Over 50 percent of students signing up for Level 2 [computer science] courses next year identify as African Americans,” Atwood said, speaking before eighth-graders had registered. “These are high-paying jobs. [State curriculum standards] are moving toward making computer science a graduation requirement. This seems like a step in the wrong direction” to reject a new hire, she said.

Parent Michael Tuyo couldn’t believe people had to argue for more computer teachers. “It’s like having a hearing on whether I love my kids,” he said. Tuyo, who is a man of color, said, “for kids who look like me, once they are done they have to get up and move out of the city unless they have lifelong skills, like computer skills. We can’t find the money? Is that a joke? Give them 30 years of income and skill. Computer science people are the modern-day carpenters. It’s the smartest thing to give them, outside of housing.”

A high school senior, Jacob Walker, affirmed that as he’d been looking at the job market, “the computer science program at CRLS has been an integral part in helping me find important work and methods of problem-solving.”

Many other commenters also asked for added staff, in one way or another; Monahan called for more interventionists in elementary schools. “They help our most vulnerable students,” he said, and often they are not “adequately and fairly compensated” when paid for by school-based discretionary funds rather than through district union hiring. Elementary math assistance in particularly, he said, “has been overlooked.”

Graham & Parks School teacher Karen Engels repeated the need for more interventionists and interns. “My biggest concern right now is the high number of students with extreme social-emotion needs,” she said. Without enough trained staff in the classroom, “we are in a continual dilemma when a student faces an extraordinary crisis.” Likewise, an Amigos School parent asked for more social work hours, given that – as the only kindergarten- through eighth-grade school –  the “sheer range of needs is challenging.”

High school parent Dawn Baxter called for a reexamination of high school staffing – including but not limited to computer science. In the four years between her college-aged child’s high school experience and her younger child’s, the increased “limited choice” for students has been striking: CRLS enrollment has jumped 10 percent – by 175 students – in the past four years, and Baxter said she sees it in students increasingly being “shut out” of class choices. “We talk a lot about opportunity,” she said. “But [students] are not able to access classes they want.”  She said her youngest was told that the only class left open to her at one point was a jewelry class – something she was completely uninterested in, but was forced to take.

Parents and teachers from the Haggerty and Peabody schools made their now-annual plea for continued special attention for one cohort in each school that have unusual social-emotional issues. At Baldwin, two teachers said the current third grade is slated to move from three classrooms – granted to better control a high level of behavioral issues – back to two next year. “We will be putting 47 students into two fourth-grade classrooms,” said Deb Logiudice. “We have too many kids on too many IEPs,” she said, referring to individualized plans requiring special attention.

Teacher Michelle Curreri agreed. “It doesn’t seem like an end is in sight,” she said, referring to the bouncing from year to year of two classrooms per grade to three and back again. “We need a real long-term plan. We don’t want teachers to continue switching.” She also demanded that teachers be involved in the planning, instead of it coming from central administration. “Teachers have been left out of the conversation. We have earned being listened to,” she said.

Five Haggerty parents had a similar request, this time for continued “extra” staffing.  A co-teaching model in this year’s third-grade cohort has been “night and day,” parent Aristos Korianos said. “Data from administration show that office referrals have been way down,” he said, pointing to a part-time social worker for the school, a special education teacher and a classroom aide joining the teacher. “It has been amazing for my third-grader,” another parent said. “She doesn’t visit the nurse due to ‘stomach aches.’”

“Our model could be a pilot program” for the rest of the district, argued parent Carol McGill, a strong advocate for extra attention to this cohort for years. “Preliminary data shows we are closing the achievement gap,” she said.

Beverly Seidenberg, a psychologist from the Special Start program – which provides special education services for preschool-aged students – thanked the schools for adding a classroom next year, but warned “that at the rate we are growing, we will need more classrooms next year. We need more teachers and therapists, and we used to have a social worker” that should be replaced.

Parent of a graduate Lauren Gibbs urged more CRLS teachers to match rising enrollment, and specifically more teachers and guidance counselors of color. Parents Monica Velgos and Danielle Buie came to advertise a parent-run district meeting on parent involvement May 12, and to ask for $2,000 toward food and child care.