‘Krystal’: A sickly teen stalks a single mom, winding up the hero in misguided dramedy 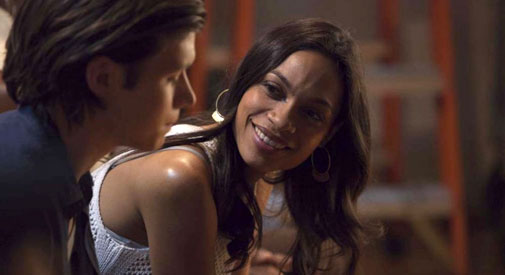 ‘Krystal’: A sickly teen stalks a single mom, winding up the hero in misguided dramedy

Beneath the hideously feigned southern charm of “Krystal” is a picture so averse to any sense of sincerity or meaningful character development that the end product is nothing more than a naval-gazing attempt at madcap humor and aw-shucks romance. 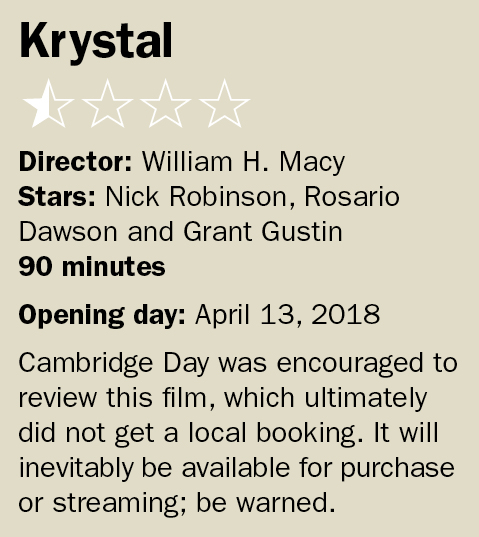 Directed by William H. Macy, “Krystal” is sexist, infuriatingly dumb and a waste of every single one of the talents on board. There’s no reason “Krystal” should’ve made it past the drawing board.

Macy is arguably one of the best and most versatile actors of his generation, but doesn’t seem have similar aptitude behind the camera. There’s a chance his films are getting worse each turn out of the gate. “Rudderless” (2014) at least offered a nice showcase for the always great Billy Crudup and late Anton Yelchin, but with “Krystal” and his previous film, “The Layover” (2017), he’s demonstrated a toxic point of view in storytelling in which women are stripped of their agency and instead are meant to be won, objectified or tossed out. Krystal, the titular character played by Rosario Dawson, is nothing more than the mother of a embittered son (Jacob Latimore); a love interest for a young man who’s never experienced the real world and projects all of his expectations onto her; and a recovering heroin addict and alcoholic, trying to outrun demons that are only ever told about rather than shown.

Taylor (Nick Robinson) is a sheltered 18-year old, living with a heart condition called paroxysmal atrial tachycardia, meaning any sort of excitement could put his health at risk. He remembers two incidents of this: when his childhood dog was struck by a car; and when he “saw Satan” in his attic when looking at an adult magazine. His unreliable heart acts up again when he sees Krystal on a beach fighting with her ex – she’s in a white, soaked-through shirt, no less – and he declares himself in love. So head-over-heels in love is he that he feigns a battle with addiction to join her Alcoholics Anonymous group, where he continues to leech his way into her life and that of her son’s with borderline (if not outright) stalkerish methods. Adopting a new persona who has drunk, smoked and lived a life before meeting her, he’s the root of just how much is wrong with the film.

Taylor is an unsteady protagonist for the film to rest on, especially with Robinson eschewing any of the effortless charisma he demonstrated in the far more agreeable “Love, Simon” and burying his character under a disastrous southern accent that comes and goes along with the rest of the film’s tone. Granted, few of the characters fare well, though Latimore’s Bobby earns a semblance of sympathy as just a bystander of the absurdity. There’s a film, somewhere, that just dissects his relationship with his mother and would make for tried but intriguing storytelling, but the creative team was just too lazy to investigate it further. Macy, “The Flash’s” Grant Gustin, Felicity Huffman and T.I. round out the cast and while they’re talented, there’s no saving such overwrought bouts of dialogue or the shallow, faux intellectual platitudes they’re obligated to spew. It’s excruciating to know how much better Dawson is than her material here.

Macy’s film includes an abusive ex-husband played solely for laughs, a woman with terminal cancer and a recurring manifestation of the devil who dons the face of the man who killed Taylor’s dog. There’s a relationship between an 18-year-old and a grown woman in which he needs to tell her what to do and how to be to live her life to the fullest, a romance that’s poorly thought out to begin with but messier considering she has a son only two years younger than the leading man. Aside from the baffling southern accents, the tone is chaotic, to say the least, with no rhyme or reason as to why one character makes a decision other than to move said character from Point A to Point B. It’s a film of convenience, with some lunacy thrown in to mask the overwhelming stench of redundancy and toxicity that comes from a storyteller (Will Aldis) whose mode of writing is to make the women third in command of their own stories.

Bewildering, inconsistent and insulting to the viewer’s intelligence, “Krystal” can’t even achieve “so bad it’s good” status. It flounders so violently in its missteps that, despite the immediate outrage of wasted time that follows upon viewing, it will undoubtedly be forgotten in the days that follow.