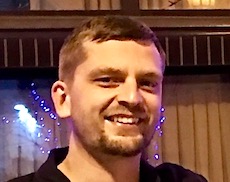 Sam Bixler, a Denver native who lived in Cambridge, Massachusetts, died Feb. 14, 2018, after a struggle with complications of brain trauma caused when he was struck by a car while walking home on the morning of Jan. 13. He was 29.

Sam was born May 16, 1988, in Denver, Colorado. He was the son of Matt Bixler and the late Kim Potter Bixler, both of Denver. He grew up in Denver and attended Denver Public Schools, graduating from South High in 2006. He graduated from Ohio Wesleyan University in 2010, where he majored in history and education, and played linebacker on the varsity football team, the Battling Bishops. Sam excelled academically and in sports, making honor roll for academic performance and was named North Coast Athletic Conference Player of the Week for game performance.

After college, Sam worked for the Boys & Girls Clubs of Metro Denver for two years, then joined AmeriCorps as a high school teacher in Lawrence (Massachusetts) Public Schools. At the time of his death, Sam was in his second semester teaching AP comparative government at Cambridge Rindge and Latin High School in Cambridge, Massachusetts. He was also pursuing a master’s degree in education policy and leadership studies at Boston University.

Sam was well loved and respected for connecting with students from all backgrounds. He made a tremendous impact on students, faculty and everyone he met through his compassion, kindness and easygoing spirit. He was determined to make the world better than he found it and achieved this through his hunger for knowledge, curiosity and relationships with his students, colleagues, family and friends. He will be sorely missed by all.

Sam is survived by his father Matt Bixler, sister Meredith Bixler and step mother M’Lou Bahlinger of Denver, and many aunts, uncles and cousins. The family would like to acknowledge the tireless devotion of Sam’s girlfriend, Andrea Cioffi, and the support offered by many friends and relatives who provided kindness, generosity and support over the past weeks. The family also wishes to convey its deep appreciation to the nurses, doctors and staff at Beth Israel Deaconess, who provided such compassionate and extraordinary care and support.

Memorial services will be held in Denver at a later date.