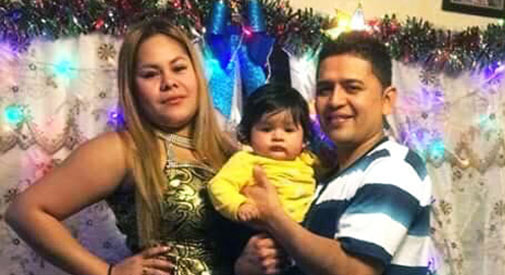 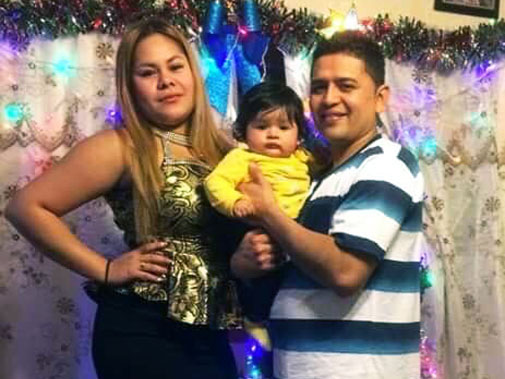 It happened in federal court in Boston, after an eleventh-hour motion from his lawyer, who has been working to get him released from immigration jail.

He married Tatianna Chavez Vanegas in Courtroom 19 of the federal district court at 11:02 a.m. The wedding was performed by Daisy Ester Rischall Sanchez, a paralegal working for Alvarez’s lawyer. Alvarez and Chavez’s 22-month daughter, Angiee Arianna Alvarez, was happily running around the courtroom; Alvarez’s mother, legally in the country, was also there. And six lawyers; the judge and her clerks; and this reporter.

“This is more than a ‘feel good’ story,” said Matthew Segal, legal director of the ACLU of Massachusetts. “When courts recognize the humanity of all people, it is harder for the Trump administration to dehumanize, scapegoat and harm the people it disfavors.” 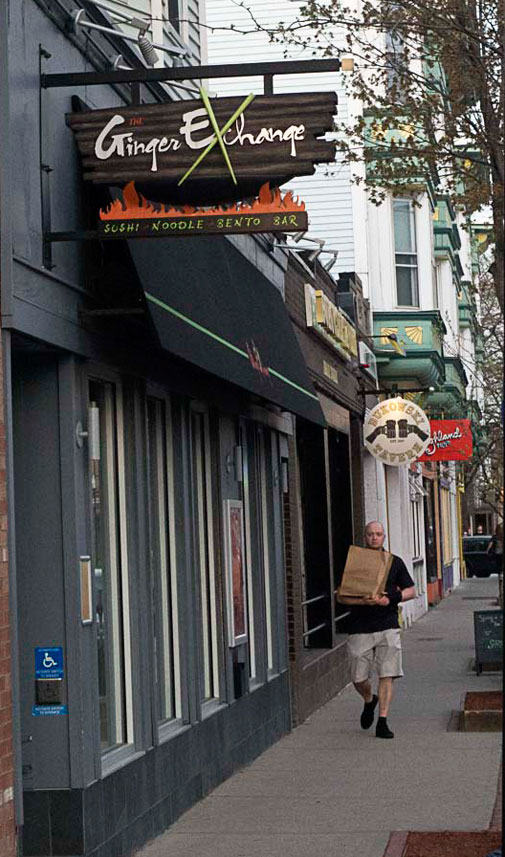 Ginger Exchange in Inman Square is where Alvarez worked his way from dishwasher to head cook. (Photo: John Hawkinson)

Alvarez, 29, fled El Salvador to the United States at age 16 in 2005, entered the country without inspection in Texas and applied for asylum. He and his wife live with his mother, two brothers and sister in East Boston; before his arrest, his job was head cook at the Ginger Exchange restaurant in Cambridge’s Inman Square – after working his way up from dishwasher.

He was detained by Immigration and Customs Enforcement outside of Chelsea District Court in April 2017 when he’d shown up to answer charges of driving under the influence and without a license. ICE has been arresting non-citizens in and around courthouses, both federal and state, causing an outcry from immigration advocates; a lawsuit was filed in March to try to stop the practice in Massachusetts courts.

Then things got weird: Chelsea District Court issued an order to ICE to bring Alvarez to court so he could respond to the charges, but the agency refused; it’s refused to honor state writs of habeas corpus since the Supreme Judicial Court ruled in July that state courts did not need to honor so-called immigration “detainers,” Alvarez was in federal court Wednesday asking Chief Judge Patti Saris to issue a federal writ of habeas corpus directing the agency to take Alvarez to state court. (He got that too.)

Tuesday night at 7, attorney Kerry Doyle filed a motion with the court: “Motion for meeting to permit marriage.”

“I’m very happy that the couple was able to get married as they wished,” Doyle said. “I actually thought there was a decent chance it would happen because I do know that individuals do have a constitutional right to get married. There didn’t seem to be any other obstacles standing in the way of us being able to perform the marriage ceremony: We came with the license, with an individual who was licensed to marry them, we just needed the court’s willingness to give us a few minutes to do it.”

The motion outlined that Rischall had obtained the necessary licenses for the ceremony, and that getting married would help Alvarez: “It is important for his immigration case because he will be granted derivative asylum status should Ms. Chavez Vanegas be granted asylum and for the family to have any chance of being able to remain together in the future.”

The 10 a.m. hearing did not address the marriage motion until the end. It turned out Saris had not seen it until that morning.

Saris focused on the issues that had brought Alvarez to court: whether he was entitled to attend state court to resolve his outstanding charges there; and whether the immigration judge had made a mistake in ordering him held in jail.

Saris compared Alvarez’s case to that of Samuel Pensamiento, which she heard a week ago. Pensamiento was also picked up by ICE at Chelsea District Court, and the agency also refused to honor a state writ of habeas corpus to produce him. A different federal judge in March ordered him sent to state court; his charges were resolved; and he returned to immigration custody.

“ICE officials have a new policy of refusing to allow individuals to attend their state court proceedings,” said Jennifer Klein, an attorney with the Massachusetts public defender agency, in March. Klein said she had no good way to know how often this happens, because ICE doesn’t provide those numbers, but she believes it is in the tens or hundreds of cases.

Saris said she thought the habeas issue was straightforward, and ordered the government to bring Alvarez to state court. She also ordered Alvarez to return to federal custody afterward regardless of the state court outcome.

Next, Saris took up the issue of Alvarez’s one-year confinement. An immigration judge had required Pensamiento to prove he was not dangerous “by clear and convincing evidence.” Saris thought Alvarez may have the same issue. Pensamiento’s lawyers had argued, and Saris seemed to agree, that the government should have the burden of proof instead.

Alvarez’s case is less clear than Pensamiento’s, though, because there is no written decision from an immigration judge to review. But Saris said she viewed the cases as similar and would likely issue an opinion on them together in the coming weeks. She also asked the lawyers to order a transcript of the immigration hearing.

A lot of time was spent asking how long ICE could continue to hold someone in custody without a hearing. Months? Years? “At some point in time it becomes too much – what’s the Goldilocks point?” Saris asked the lawyers.

The answers have only gotten murkier because of a Supreme Court decision last month, Jennings v. Rodriguez. Before Jennings, many courts had interpreted a 2001 decision, Zadvydas v. Davis, as saying a bond hearing is required after six months of detention. The new case limited the six-month rule to people “subject to a final order of removal.” The result is there’s no clear rule for people such as Alvarez and Pensamiento, who are in other kinds of immigration detention, with pending cases in immigration court.

And then a marriage

Saris then brought up the marriage request: “I know you petitioned … there’s actually a constitutional right to get married,” she said.

Thomas Kanwit, representing ICE, objected. “There is a process,” he said.

Doyle told Saris in her motion that the Plymouth County Correctional Facility, where Alvarez is being held, allows marriages on only two days each year, and the next one is Sept. 18.

“A delay of almost five months is unreasonable,” Saris wrote in a decision that came out at the end of the day. “This court allows petitioner’s motion for meeting to permit marriage.”

Two officers from the Bristol County Sheriff’s Office had brought Alvarez in and were present in the courtroom. One tried to object, saying he did not know if the marriage was allowed. Saris shut him down.

Rischall conducted the wedding in under two minutes, entirely in Spanish, and the deed was done. The room was silent, then Saris’ law clerks started clapping, and the rest of the room joined in.

The hearing adjourned, and the bridegroom was taken back to jail.

After the hearing, the officers who had custody of Alvarez expressed their opinions. “They get treated better than you and me,” one officer said. “They get nicer food, better conditions.”

When it was pointed out that federal immigration detainees are not criminals, but are held merely on civil charges, and their detention is not supposed to be punitive, the officer disagreed: “They are criminals.”

The same officer then said he had deported his wife’s brother.