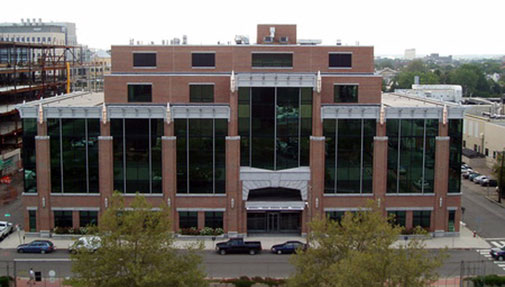 The Cambridge Police Department is reassessing its policy on cooperating with federal immigration officers after the Supreme Judicial Court ruled Monday that local police and court officials have no authority to hold undocumented immigrants for extra time solely because of a “detainer” request from federal immigration authorities.

The decision “certainly would cause us to reexamine our policy,” said Jeremy Warnick, director of communications and media relations for Cambridge police. More details will be available when the department’s legal adviser returns from vacation next week, he said.

A detainer request is filed by Immigration and Customs Enforcement agents seeking to pick up undocumented immigrants who are about to be released by local authorities. The agency asks local officials to hold the person for up to two days past the time he or she should be set free so agents have time to seize the person for removal or deportation.

Cambridge says it is a “sanctuary city,” and the federal government has put the city on a list of communities that don’t honor such detainer requests. But the city’s written policy says police will accede to a detainer request if it is based on a “warrant of arrest for removal or an order of deportation or removal from the United States.”

Such a “warrant” is civil, not criminal; merely being in the country illegally is a civil, not criminal, offense, according to the SJC decision and to lawyers representing undocumented immigrants. Police are required to show probable cause to get a criminal warrant; immigration agents have no such requirements for a civil warrant.

The subject of the SJC case, Cambodian immigrant Sreynuon Lunn, was charged with unarmed robbery in Boston in October 2016 and held on $1,500 bail. Immigration and Customs Enforcement agents filed a detainer request. When Lunn returned to court in January, prosecutors weren’t ready to proceed and the judge dismissed the charges for lack of prosecution.

When Lunn sought to leave, a magistrate ordered him held on the detainer. Immigration and Customs Enforcement agents took him into custody.

Advocates who filed the SJC case on his behalf sought a declaration that state law doesn’t permit police and court officers to honor such detainer requests. Federal appeals court judges for the New England district have already ruled that the federal agency has no authority to file detainers, in the case of a naturalized citizen who was twice detained in error.

That decision led the Middlesex County Sheriff’s office to decline to honor detainer requests, although the sheriff does notify the federal agency when an inmate is scheduled to be released, according to a spokesman.

Lawyers seeking to end cooperation with civil detainer requests argued that a police or court officer who holds someone past the time he or she should be released is essentially arresting the person, and that requires probable case. The SJC agreed.

In June 2014, Cambridge’s City Council voted in favor of a policy forbidding police from cooperating with detainer requests unless there is a “criminal warrant” for the immigrant or some other non-immigration law enforcement reason to detain the person. Former Police Chief Robert Haas responded to the order with a letter saying the department policy doesn’t allow immigrants to be held for extra time solely because of a detainer request.

A bill that would prohibit court and law enforcement agencies from acceding to detainer requests statewide, the Safe Communities Act, has been stuck in the state Legislature for months. Gov. Charlie Baker has said he opposes it; the entire Cambridge delegation has registered support for the bill. The SJC decision said legislators can make cooperation legal if they want, but current law does not authorize it.